I got induced for labour.. My doctor induced with oral tablets. And I had to take double dose because the pains weren’t increasing at a good enough pace.. So in all 5-6 hours I had 6 and above pain level.. Which was pretty tolerable.. In comparison to hours of labour. And I had a normal delivery. Although what I have heard is that inducing increases the chances of C-section.. But this wasn’t so in my case. My due date was almost there.. And no pains.. When I went to the doctor she said you have level two pain but aren’t feeling it.. Hence induced pains to increase the pain intensity. – Sofia Danish Khan

I was induced at the time of my son.. Water broke when I went 2 days overdue..I had tremendous pain for 3.5 hours and delivered my son with forceps.. I was put into drip for induction…my experience was not pleasant… – Hiteshi Vaidya

I had an induced labour..due to too much travelling (gulbarga to bandra n back to gulbarga) for my routine check ups. The baby had moved too low and I was losing water. 15 days before my due date when I visited my paed I was advised to be hospitalised. I wanted to wait for my hubby so I rested for 2 days then went back. Got induced vaginally 1 st shot at 5.30 am and the next one at 12.30 pm. Pains started after 1 pm and the doctor broke my water around 4 pm. By 5.15 pm, I was in active labour and delivered at 6 pm. I had a normal delivery. The worst part was that I was starving and the doctor didn’t allow me to eat anything after breakfast. – Pooja Eshagol Murgod

I toh had horrible experience..I went overdue by week .. so my doctor told me to get admitted.. I was induced pain – one in morning at 7 am – got no pains.. then the doctor gave me a second shot at 12:30 pm. I started getting slight pains by 3:30 pm. I had severe pains and bleeding for 9 hours. The doctor broke my water at 8:30 pm and then normally delivered my prince… after that I felt like nothing happened.. That was the best day of my life ….after bearing so much pain…. – Nitya Simmy Chandwani

My experience wasn’t good. I was admitted on completion of 37 weeks as my placenta had completely grown and the baby was small. I was induced pains through a drip but no luck. Then I was induced vaginally and got severe pains within 20 minutes. However, during this time my baby could not bear the stress and pooped inside and had also inhaled. This was fatal, I was then taken to the OT for a C-Section. I delivered my baby who was in NICU for next 4 days. My doctor came as a blessing on time to take me to OT. – Deepa Sushmit Sharma

I was induced as I had no signs of labour till the end..initially it was induced vaginally.. After 2 hours my contractions began but it was not that intense..to make the contractions faster I was put on drip.. Post that the contractions increased and I delivered a baby boy through normal delivery.. My experience was not bad at all.. – Nandita Kunal Parbal

I got induced at 41 weeks…on waiting for more than 12 hours….still got no pains…water didn’t break…so I had to go for a c-section…as the doctor told me that there was swelling on the baby’s head due to pushing n trying too much for the baby to come out…but according to her my pelvic cavity was small so vaginal delivery was not possible…but the waiting was torturous as I had to lie straight for whole 12 hours and that was very uncomfortable… – Akanksha Rawat

I got induced vaginally to increase the intensity of pain… It was not at all a good experience and even after taking epidural that pain didn’t subside as it was an induced labour pain. I had 24 hours of labour and then delivered normally. – Vandana Sandeep Batra

My labour pain started at 11.30 pm. My intensity of contractions was not increasing so I went to hospital at around 5 am. My doc suggested me to take induced pain at 7am through iv drips as I was in severe pain bt the frequency of contraction was nt increasing at all. In an hrs time my pain increased n I delivered my son at around 11 am. – Poonam Lakeshri Lohire

My water broke 22 days before due date.. so doc had to induce pain.. my water broke at 5 in the morning and I was induced at 9 am but the pain started around 3.30 pm.. I had a normal delivery at 6.30 pm..bearable pain not that horrible..– Dhruvi Shah Sanghavi 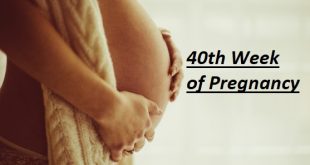 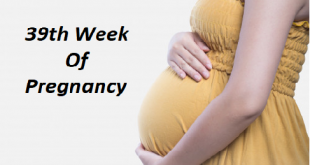 39th Week of Pregnancy: One Week To Go 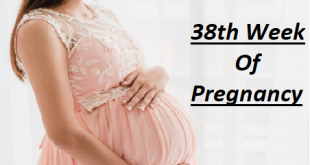 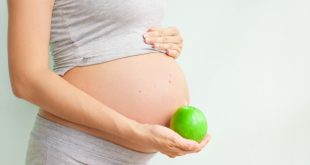 Congratulations! Now your baby has grown to the size of a cantaloupe. This is your 34th …