What are the goals of Breast Cancer Surgery?

The main goal of Breast Cancer Surgery is to remove the cancer tumour and the nearby margin. The tissues near the tumour are removed because there is a chance of them being cancerous as well as to prevent the cancer from reoccurring. Other than this, breast cancer surgery is also performed to:

What are the different types of Breast Cancer Surgery?

There are several types of Breast Cancer Surgery depending upon the size of the tumour and the extent of the disease.

What is Sentinel Lymph Node Dissection?

Sentinel Lymph Node Dissection is a procedure to identify, remove and examine the sentinel lymph nodes (most likely the first lymph node in which the cancer spreads). The examination is performed to find if the cancer cells are present in the node. It is an alternative to the axillary LN dissection and helps in determining the stage of the cancer. After this surgery, a patient might require more surgery to determine if the cancer is present, since this method of evaluation does not always detect the cancer.

What should I expect from the surgery?

Before the surgery, the doctor will prescribe some tests to determine the areas where the cancer exists and to check your health (blood test, ECG, chest X-Ray). The doctor will explain to you how the surgery will be performed and mark the operation area. You are not allowed to eat or drink anything a few hours prior to the surgery. Smoking is also prohibited during this period.

The patient is given anaesthesia and the surgery is performed. If the patient wants a breast reconstruction surgery immediately, then it is usually performed right after the cancer surgery.

After the patient wakes up, pain killers are given to relieve the pain, and a rehabilitation therapist helps her/him to regain strength.

Why should I opt for Breast Cancer Surgery?

Who will perform the Breast Cancer Surgery?

A breast cancer surgeon performs the surgery along with a team of oncologists.

Which surgery should I opt for?

The patient should first consult a doctor to see whether they have a choice between lumpectomy and mastectomy. The biggest deciding factor in this is the extent of cancer. If cancer has already spread to more than one site or is at an advanced stage, the patient will have to undergo a mastectomy.

If the patient is at an early stage and wants to retain the original size of the breast to the extent possible, lumpectomy is the best option. Nevertheless, if the patient is worried about the breast cancer returning, then she should opt for mastectomy (In which the entire breast is removed.)

In lumpectomy, sometimes a large area of the tissue is removed and the affected breast becomes smaller than the other.

Breast reconstruction surgery is available for patients who have undergone either of the two surgical procedures.

What are the risks of Breast Cancer Surgery?

What is the cost of different types of Breast Cancer Surgeries?

What is the duration of different types of Breast Cancer Surgeries? 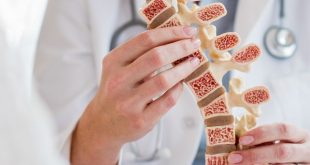