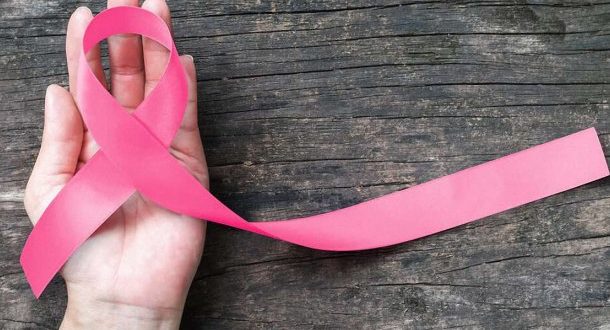 A myth is a way of making sense of senseless information. Most facts that begin with a “I Heard” are mostly myths. This case absolutely fits when we talk about cancer. The literature on cancer, famous among the general population, is full of such false data.

The following article aims to debunk such cancer myths.We believe that information is beautiful and empowering. But false information can be ugly and misleading. Cancer myths commonly tend to be immortal. In this post, we will provide the latest science-based information about some common puzzling cancer myths.

Fact: Sugar is mostly considered the mischief-maker in our diet. A high intake of sugar can be harmful to your overall health. However, sugar has been made infamous for false reasons. 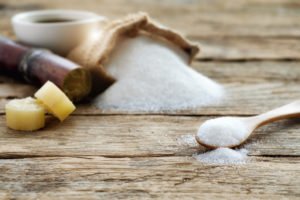 You can find on the internet that sugar is cancer’s favorite food. It is true that cancer cells grow rapidly and need energy in the process. But so does every other cell.

There is no medical proof that your sugar intake contributes to the growth of cancer. All the healthy cells in your body would need a certain amount of sugar. This does not mean that you are feeding cancer cells by eating sugar.

There is no proof that a diet low in sugar can cure cancer or make its growth slow. Cancer cells do not have a sweet tooth. Taking in large quantities of sugar can result in health conditions like diabetes or obesity. But cancer cells do not depend on your sugar consumption.

Myth 2: Cancer Is Equal To Death

Fact: Needless to say, cancer is a fatal disease. It is life-threatening and scary. But if you are diagnosed with cancer, it doesn’t vitally mean that you will die.

There are treatments available to treat cancer. It can be a tough battle to fight cancer, but because of advanced medical science, it is not impossible.

The latest statistics show that cancer is the second leading cause of death, next to cardiovascular diseases. Whether or not a patient would succumb to cancer, depends on a variety of factors. These factors include the pace of cancer cell growth, the scope of effective treatments, the patient’s overall health and more.

Fact: No, cancer is not a transmittable disease. It does not spread by touching someone or coming in close contact with them. A healthy person cannot catch cancer because our bodies are capable of recognizing foreign cells and destroying them.

Germs and viruses are contagious. A person can catch viruses that may lead to the development of cancer. But cancer itself cannot be spread from one person to another.

Close contact, intercourse, sharing meals and more with a cancer patient does not put you at risk. Cancer patients need support from society. Here’s why this myth needs to be busted.

Also, Read About: Fast Food & Cancer – Is there a relation?

Fact: The odds that cancer will spread after surgery are really low. There is little risk of cancer spreading by biopsy. Surgeons use special methods and use measures to prevent the spread of cancer.

Fact: False. If your cancer is disclosed to air, it will not spread. There is no scientific evidence to prove that tumors grow faster if exposed to air. Similarly, cancer does not go on to spread to other body parts if unveiled to air.

Fact: One of the most popular cancer myths that using cell phones can cause cancer in humans. This notion arose from the fact that mobile phones emit radiofrequency radiation (RF waves). People believe that these RF waves are capable of causing harm to our brains.

Because we hold our cell phones near our skull, it is believed (or disbelieved) that these waves can cause tumors. But research has proved that RF waves are not strong enough to damage DNA directly or heat body tissues. Therefore, there is no validation that cell phones contribute to the risk of cancer.

Fact: No. Herbal products or other alternative treatment methods do not cure cancer. It has been found that herbal products help to cope with the side effects of cancer treatment. In some cases, herbal treatments may also help in coping with the symptoms.

But these products do not eliminate the disease from its roots. In fact, some herbal products may be harmful if used during chemotherapy. Expert medical opinion is needed before a patient chooses to use any herbal product to relieve the side effects or symptoms.

Myth 9: If Someone In Your Family Has Cancer, You Will Have It Too

Fact: Not necessarily. Only 5-10% of cases of cancer are spread through inheritance. In most cases (rest 90-95%), cancer is developed through harmful changes in genes. This also means that you can develop cancer even if someone in your family has never had it.

Myth 10: Deodorants Can Cause Breast Cancer

But there is no scientific testimony to back the claim that they can cause breast cancer. Rumors also asserted that shaving underarms allow substances to enter lymph nodes under the arm. This is also untrue.

Fact: It is scientifically incorrect and publically misleading information. There are several reasons behind cancer. Genetic mutations, viral infections, and non-environmental factors can lead to cancer. Researchers have found traces of cancer in animals even before humans existed.

Dinosaur bones and Egyptian mummies are a few examples. These points establish that cancer is far from being a modern disease. Anyhow, sedentary lifestyle choices have an impact on our risk of development of cancer.

Fact: Yes, it is perfectly safe to use plastic containers that are approved by the FDA as microwave friendly. Microwaving food in plastic containers does not increase your risk of cancer. This myth originated from a rumor that microwaved plastics release a chemical called dioxins into food.

In fact, plastic doesn’t contain dioxin. However, the containers which are not made to be microwaved can burn or melt. They may also leak chemicals into your food. You should always read the label on the plastic container before microwaving it.

Fact: Untrue. Sharks do get cancer. This particular myth became popular among the masses and media.

Millions of sharks were slaughtered in an attempt to produce shark cartilage pills. These pills were made with the belief that they will cure cancer in humans.

The whole argument is based on misconceptions because sharks DO get cancer. The said pill doesn’t work for cancer patients and the entire myth has led to an ecological disbalance. Sharks may have low rates of cancer but they are not free from it.

Around 42 tumors were discovered in the species of sharks. There is no medical confirmation of sharks being liberated of cancer.

Myth 14: Cancer Will Always Come Back

Fact: Cancer can be a tricky disease. It evolves in stages and has the tendency to return even after effective treatment. However, this does not hold true for all cases.

Cancers that are treated in stage 1 and 2 have the least possibility of returning. Even in the later stages, the chances of cancer coming back are very rare. There are numerous reasons why cancer would return. But it is not compulsory.

Myth 15: There Is A Cure For Cancer But Pharma Companies Are Hiding It

Fact: The above myth is a part of Big Pharma Conspiracy theories. It is believed that the medical industry has the solution to cure cancer. But they are not providing it to the public for monetary and sinister reasons. This claim is unfounded in reality.

If there was a solution, big pharmacy companies could earn more by selling it rather than suppressing it. This myth is also untrue because there is no ‘one-cure’ for all cancers. Cancers come in a diverse variety and each differs in its diagnosis and treatment.

A Final Word Or Two

You would probably want to set aside the famous question- ‘To be or not to be’. And start thinking about ‘To believe or not to believe’.

Cancer myths are fed by rumors and lack of awareness. These myths go on to spread and can cause harm to someone actually in doubt. If you have health concerns, you should take an expert medical opinion instead of believing the infamous facts heard from your friends or neighbors.

If you come across such myths, ask yourself, is it Science Fact or Science Fiction? Or simply contact Credihealth.

Previous Baby Vaccination: The First Step Towards Healthy Life
Next What is Internet Addiction Disorder ?