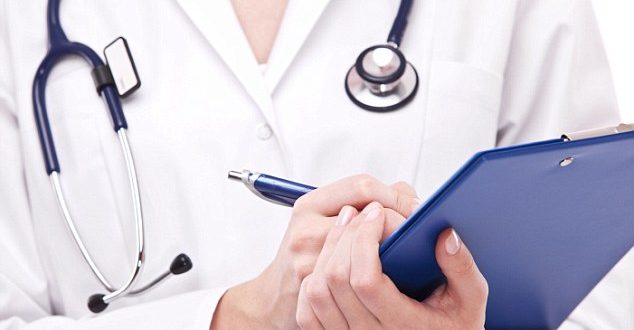 Elephantiasis refers to a type of parasitic infection that causes excessive swelling in the arms or legs. It is also known as lymphatic filariasis which is caused due to a filarial worm. This worm is transmitted from human to human through the bite of a female mosquito. This parasite grows and turns into an adult worm which lives inside the lymphatic system of their host humans. Elephantiasis symptoms proceed and develop gradually over a period of time. You won’t know that you are infected with the virus until you notice the swelling closely. Those body parts will start to look bulky with stiff and tough skin along with pain in the swollen area.

The typical elephantiasis symptoms can be seen when the infected area becomes much bigger than it is supposed to be including your sex organs and breasts. The skin that is affected will become extremely thick and very hard replicating the texture of an elephant’s skin ( this is where the disease gets its name from). It mostly occurs to people living in the tropical and subtropical regions. An estimated 120 million people suffer from this disease and many more ignore the elephantiasis symptoms. This happens either due to lack of knowledge about it or shortage of money for its treatment and consultation.

The elephantiasis symptoms are a result of long-term biting done by the mosquitoes over a long period of time in certain countries where a particular type of roundworms is known to exist. This syndrome is caused due to an infection with a type of nematode parasite known as the filarial worm. This parasite is transmitted from one human to the other via a female mosquito which eventually develops into an adult worm and resides inside the lymphatic system of a human. Eight different types of filarial worms are known to affect the humans which can be divided according to the body area that is affected, which are:

It is because of these parasites the elephantiasis symptoms are shown.

Read all about: What is Filariasis here.

The female mosquito is responsible for the transfer of this disease from human to human as it feeds on the human blood. The process of transfer begins when the mosquito starts feeding on the blood through the human skin and these filarial worms are penetrated into the system. Out of all the worms, the ones which are in their third stage of development successfully goes inside the bite wound and continue on to become adults and stay inside the human lymphatic system.

One of the most distinguished elephantiasis symptoms is the gross enlargement and huge swelling of a particular area in the body as a result of fluid accumulation. The arms and legs of a person are generally the most often affected areas. A person’s whole arm or leg can swell up to many times more than its normal size, giving it the appearance of an elephant skin. The affected area’s skin usually tends to develop into an extremely dry, thickened and may also become ulcerated and darkened (hyperkeratosis). Elephantiasis symptoms may start off with the person having high fever, random chills in the body and a general feeling of ill health.

Elephantiasis may also affect and harm the male and female external genital organs. In case of a male, the enlargement of the scrotum and the penis being retracted under the thickened skin is seen as a major elephantiasis symptoms.

The external areas of the female genital organs or the vulva can also possibly be affected adversely by elephantiasis symptoms. A tumorous mass covered in thickened and ulcer infested skin may develop in between the thighs and in some cases, may also be accompanied by enlarged lymph nodes present in the legs. In some women, their breasts may also become enlarged.

Other underlying damages that occur in the lymphatic system may leave people susceptible to the secondary fungal and bacterial infections which can worsen the situation. Although the legs, arms and genitals are the most affected parts, the elephantiasis symptoms can also be experienced in other parts of the body too.

Depending on the stage and symptoms of elephantiasis, the diagnosis is advised by the respective doctor. The only sure and effective way of diagnosis for lymphatic filariasis is by detecting the parasite itself. Microscopic examination of the person’s blood can also possibly reveal the microfilariae. In many cases, people who have been infected for a long duration of the time do not have microfilariae present in their blood stream. Although their absence does not mean that the person is not infected. In such cases, a urine examination or other clinical tests become necessary.

Detecting the adult worms can be a difficult process since they are lodged deep inside the lymphatic system and are difficult to reach to. Biopsies are generally not performed since they don’t reveal much information.

The treatment procedure of elephantiasis depends upon the symptoms of elephantiasis, which usually involves the treatment of the underlying conditions. The main parasite i.e. lymphatic filariasis is treated with the help of diethylcarbamazine. However, in several cases, just medical treatment and therapies is not enough in such cases a surgery becomes a necessity.

In case a male is affected by elephantiasis then he will have to undergo a reconstructive surgery on the penis and scrotum. The secondary infections are avoided and prevented with the help of anti-streptococcal antibiotics. The doctor will take the help of radiation therapy or surgery to get rid of the affected lymphatic tissue.

Elephantiasis symptoms that can be seen in the body in the form of gross swelling of any body part. Keeping yourself safe from the deadly mosquitoes could be step one. Be aware of your body changes, observe carefully and look closely for elephantiasis symptoms.