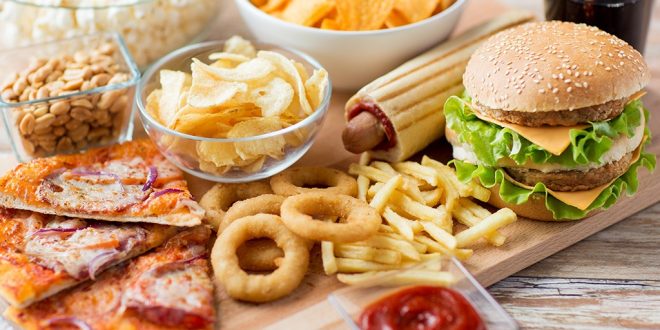 If you think having ‘healthy fast food’ is the way to promote a healthy and stable body weight. You’re wrong! There is one more thing that you should worry about besides what you eat, and that is “Fast Food Packaging or Wrappers”. Because, as per new research, even the wrappers at your favorite burger joints or microwave popcorn bags are fattening and can get in your way of weight loss.

The fast-food packaging or wrappers contain chemical substances known as perfluoroalkyl substances (PFAS) which have earlier been linked to hormone disruption, immune dysfunction, high cholesterol and even cancer. However, a recent research by the Harvard’s School of Public Health, claims that fast food wrapper’s exposure slow downs the metabolism of your body. Under the research conducted, it was observed that people with higher blood levels of PFAS had a lower resting metabolic rate which makes them vulnerable to gaining weight and obesity.

The study took into account and tracked data from 621 overweight and obese participants in a clinical trial on weight loss conducted in the mid-2000s. Following which the researchers looked at the effects of four heart-healthy diets on weight loss over a period of two years. The participants also had levels of PFASs in their blood measured. The results were as following – On an average, participants in the programme lost 6.4 kg in the first six months but regained 2.7 kg over the course of the following year and a half. Therefore, the report in the journal PLOS Medicine concluded that “those who gained the most weight back also had the highest blood concentrations of PFASs, and the link was strongest among women”. Furthermore, “on an average, women who had the highest PFAS blood levels (in the top third) regained 1.7-2.2 kg more body weight than women in the lowest third.” Researchers also discovered that those with higher blood concentrations of PFASs “were significantly associated with lower resting metabolic rates.”

You’ll be surprised to know that PFASs are in a number of elements such as paper, clothing fabrics, cookware surfaces, etc. Due to their oil and water repellant properties, wrappers in fast food prevent leakage, for instance, it helps to prevent the oil from soaking out of a chicken patty. These chemicals in the wrappers permeate the food and are then ingested and absorbed into the bloodstream and persist for a long time in the body,

Given the widespread presence of these PFAS also known as “obesogens” in the environment and the human body, their potential adverse effects remain a public health concern.  Nonetheless, the only way to reduce your exposure to such potentially harmful chemicals is through avoiding products exposed to PFA’s.