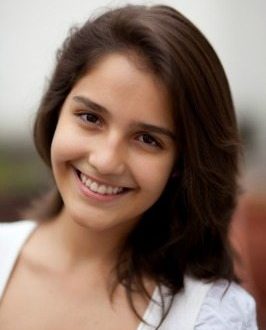 Hodgkin’s and non-Hodgkin’s lymphoma are cancers which originate in a certain type of white blood cell called lymphocyte, which is an important component of the body’s immune system. Both these malignancies can cause similar symptoms, but the conditions within which they present themselves are different.

The difference between Hodgkin’s disease and non-Hodgkin’s lymphoma

This is made only after the examination of the cancerous material either from a biopsy or aspiration of the tumour tissue. The kind of abnormal cells identified in the samples determine whether a lymphoma is to be classified as a Hodgkin’s disease or a non-Hodgkin’s lymphoma.

Non-Hodgkin’s lymphoma is a lot more common than Hodgkin’s disease, with cases of this disease being steadily on the rise over the last couple of decades. It is actually a heterogeneous group of more than 30 types of cancers with differences that are on a microscopic level.

These different types of non-Hodgkin’s lymphomas also vary in their biological behaviour, like their tendency to grow aggressively which may affect a patient’s overall prognosis.

Hodgkin’s disease is a lot less common than non-Hodgkin’s lymphoma. The reported cases of this cancer have actually been on the decline in recent years, as compared to the increase in cases in non-Hodgkin’s lymphoma. The diagnosis of this disease is confirmed by collecting tissue samples and checking them under a microscope. Whenever a biopsy from this cancer contains a specific type of cell called the Reed-Sternberg cell, the lymphoma is called the Hodgkin’s disease.

The symptoms of both these lymphoma include a painless swelling of the involved lymph nodes, with more symptoms being dependent upon the extent and location of the cancer. Hodgkin’s lymphomas generally originate in the lymph nodes of the upper body (like the neck, chest or underarms), but both these lymphomas can also be found anywhere else in the body. They can also be associated with general symptoms like weight loss, night sweats and fevers.

The treatment of all types of lymphomas depends upon the type and characterization of the presence of malignant lymphocytes, their growth characteristics, the location of a particular tumour, the extent of the spread of the tumour, as well as the age and health of the patient. Radiation therapy and certain chemotherapeutic drugs have been used successfully in the treatment of both these lymphomas.

Newer treatments being developed for certain other forms of lymphomas show a lot of promise, with treatments including biologic medications like antibodies which target specific lymphocytes called B cells.