Cancer is the term given to a group of over 100 diseases, which originate with the growth of abnormal cells inside the body. Instead of dying like a normal cell would in its life cycle, cancerous cells continue to grow and divide into new abnormal cells, eventually growing out of control.

Lymphoma is a cancer that originates in the lymph system (also called the lymphatic system), which is a part of our immunity. Its characteristics include the formation of solid tumours in the immune system. This cancer affects the immune system cells called lymphocytes, (they are white blood cells).

In non-Hodgkin’s lymphoma, it is the B-cells and T-cells that are affected, both of them being types of white blood cells that play special roles in a person’s immunity. In Hodgkin’s lymphoma, the cancer cells are generally an abnormal growth of the type B lymphocyte, which is named the Reed-Sternberg cells. There are various subtypes of Hodgkin’s lymphoma, which are classified according to their differences as seen under the microscope.

For most cancers, most researchers are still trying to figure out how they are caused. It is true for lymphoma as well – doctors do not know what causes it but it is more likely to occur in certain people as compared to others. 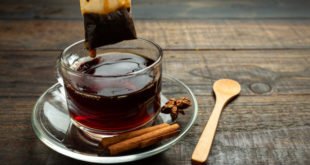 “Would you like an adventure now or shall we have our tea first?” If your …