Obsessive Compulsive Disorder (OCD): Know All About It

What is an obsessive-compulsive disorder?

Obsessive-compulsive disorder (OCD) is an anxiety disorder in which you struggle with unreasonable thoughts and fears (obsessions) that compel you towards repetitive behaviors (compulsions). An obsessive-compulsive disorder has different effects on different people and is usually centered around a particular thought and behavior, such as a fear of germs causing you to wash hands repeatedly until sore and chapped, or the need to check things repeatedly. People with OCD get certain thoughts repeatedly or feel the need to perform some action over and over.  This continuous need to perform a particular task can become quite distressful and can affect daily routine life.

People suffering from OCD cannot control these obsessive thoughts and compulsive actions, and the fears and behaviors that stem from these can be a source of immense distress to both – the patient and those around him/her.

The cause for OCD in some people and not others isn’t fully understood yet, though few theories on the subject abound. These include:

What you need to know about symptoms or signs?

If you suffer from obsessive-compulsive disorder, you would most likely feel controlled by a particular thought pattern and behavior. The pattern of thoughts and behavior is exhibited in four steps:

Obsession – Your mind is continually plagued by a fear or concern that would be termed irrational given its frequency.

Look out for thoughts that are unwanted, unpleasant and persistent and dominate and interfere with other thoughts. Such thoughts could signify an obsession.

Common obsessions in OCD include:

Unrealistic and compulsive behavior arises to reduce the obsessive thought.

Which specialist should you consult if you have any of the signs and symptoms?

Visit your general practitioner if you feel you have symptoms of OCD. If diagnosed and dealt with through treatment, the distressful impact of OCD on your daily life can be reduced. It is common for many people to feel embarrassed about their condition and not report the matter to their doctor, or even hide the symptoms from family and friends. However, it is important to understand that OCD is a chronic health condition like blood pressure and diabetes, and you need not hide the symptoms.

Your doctor will run a series of physical and psychological tests to confirm if you have obsessive-compulsive disorder. This will provide confirmative diagnosis, rule out other problems that could be causing similar symptoms and determine any complications.

Tests for diagnosis include:

Your doctor will determine if your symptoms and condition fall under OCD and suggest appropriate treatment.

Treatment for obsessive-compulsive disorder is not guaranteed and may not always lead to complete recovery. However, it is highly beneficial in bringing symptoms under control so that you can carry out your daily activities without much interference. OCD is generally treated with psychotherapy, medication, or a combination of both.

Psychotherapy – Cognitive behavior therapy (CBT) is effective in treating OCD. It helps you to retrain your thoughts, reactions and behavior to reduce anxiety and compulsive behavior. A type of CBT known as exposure and response prevention involves gradually exposing the patient to his/her obsession and learning new ways to deal with anxiety.

Medication – Most commonly prescribed medicines for OCD are anti-anxiety medications and antidepressants. Some of these medicines may cause side effects like a headache, nausea or difficulty in sleeping, and you should consult your doctor if you face any side effects.

Some people respond better to cognitive behavior therapy, while others do better with medication or a combination of the two. Consult your doctor about the best treatment mode for you.

What are the known complications in the management of the disorder?

Diagnosis of obsessive-compulsive disorder can sometimes be difficult to diagnose as the symptoms overlap with other mental disorders like depression, schizophrenia, and anxiety disorder. It is important that you discuss your condition freely with your doctor and undergo all tests for proper diagnosis and treatment.

Dealing with OCD can be challenging but you can cope with your condition by staying focused on recovery, seeking routine support from your healthcare provider and other people with the similar condition, and making efforts to control stress and time better.

How can you prevent the disorder from happening or recurring?

Though there is no concrete method to ensure prevention of OCD, getting treatment for it at the earliest can prevent the condition from deteriorating further.

As a caregiver, how can you support and help the patient cope with the disorder?

It might seem the right thing to take on some of the compulsive actions on part of the patient as an attempt to share the load, but this might not be the right approach. Protecting the fears of a person with OCD by carrying out their compulsive actions is counter-productive because it is not a solution to the underlying problem.

As a caregiver, you can support the patient in many ways like helping them cope with the embarrassment they might feel about their condition. Encourage the patient to seek support and treatment from healthcare specialists. 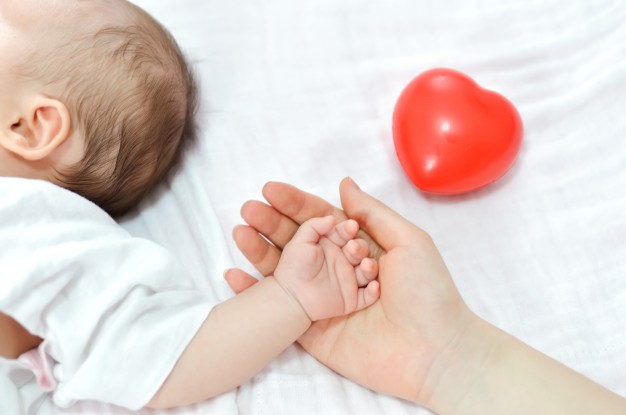 Read More
Table of Contents What are the Reasons for Infant Deaths?Premature BirthLow BirthweightBirth DefectsStillbornHow to Take Care of Your…