Skin Cancer is the most common type of cancer where there is an abnormal growth of cells. If found early and treated, it is almost always cured. There are two main types of skin cancers – Melanoma and Non Melanoma cancer.

Non Melanoma skin cancer is generally caused by too much exposure to the sun’s ultraviolet (UV) rays, and sometimes by excessive usage of tanning beds or sunlamps. It usually appears as a certain change in the skin, which can be a growth, a sore that does not heal, an irritation, or even a change in a mole already on one’s skin.
This cancer is capable of causing extensive damage and early detection is more likely to be effective. It’s often treated by removing the cancer via surgery, with other treatments including radiation, medicines applied on the skin and photodynamic therapy (PDT).

This type of cancer is further divided into two groups –

Basal cell carcinoma – This is a non-melanoma cancer, and it damages the deeper tissues of the skin like the muscles and bones. It generally does not spread to other parts of the body.

Squamous cell carcinoma – This type of cancer is lesser common. Generally speaking, it develops from a small spot on the skin, which grows from sun damage, and may sometimes spreads to other parts of the body.

Melanoma is a cancer that begins in the melanocyte cells, which are in charge of producing the skin colouring (or pigment which is known as Melanin). Melanin helps in protecting the deeper layers of the skin from the harmful effects of the UV rays of the sun. When found in its very early stages, Melanoma is almost always curable.

What are the risk factors?

Risk factors for both non-melanoma and melanoma skin cancers include the following:

What are the signs and symptoms?

If detected early, skin cancer can almost always be eradicated. Its symptoms include –

Share
Previous What is the Guillain-Barre Syndrome?
Next Lymphoma: Causes and Risk Factors 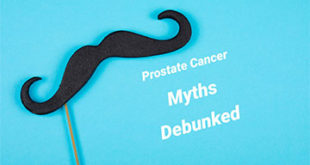