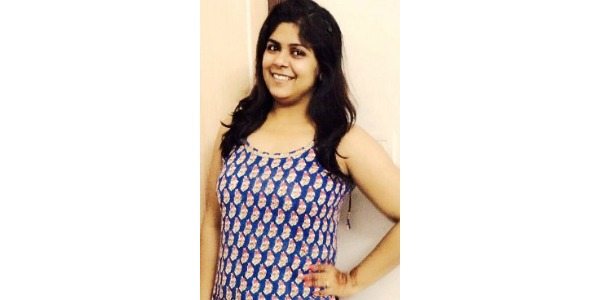 Swati Sethi is a 26-year-old living in Rajasthan, working as a Drug Control Officer with the Rajasthan Government since the past 2 years. At such a young age, she is also a cancer survivor. In 2004, when she was in 10th standard and eagerly waiting for final exams result, she experienced some unusual type of pain and it felt like something was pinching her with a needle in her left knee. She shares her cancer survivor story with us.

I told to my parents, they took me to orthopedic doctor. At first instance, he told me to get a MRI scan of my left leg but the scan was too expensive so we opted out and went to another doctor. That doctor gave me painkillers for 2 months but there was no reduction in my pain instead it was increasing at very dramatic rate with another symptoms like weakness, lethargy, breathless on walking (even at 15 minutes of walking).

One day my uncle, who is a doctor by profession, came to our house and saw me in this situation. He advised for MRI scan as soon as possible so that we can get the correct idea. After 7 days of scan he came to our house with the reports which were not good but now I realized I should be happy as on that very day the cancer (Osteosarcoma) got detected at somewhat early age only.

When asked if it was difficult to find a good doctor, Swati tells us-

To find a good doctor my uncle helped us a lot…but thanks to health schemes provided by the government to my father for being a central government employee, I got admitted in a good hospital in Delhi under an experienced orthopedic surgeon and medical oncologist.

But unfortunately, Swati did not find any support group in her city…

Cancer, notorious as a deadly disease, is also a disease which is curable if detected early, and Swati is a classic example. Swati tells Credihealth that this disease affected her in both a good and a bad way.

Though I suffered a lot, chemotherapies and surgeries, various ups and downs, but it created some type of enthusiasm in me to never give up! Now I feel confident to deal with any type of problems in my life.

What is the advice Swati gives readers?

My personal advice to people is to report the concerning doctor as soon as you find any pain (increasing at night) along with other symptoms like weakness, lethargy for the entire day, anaemic.

Thank you, Swati for sharing your cancer survivor story.