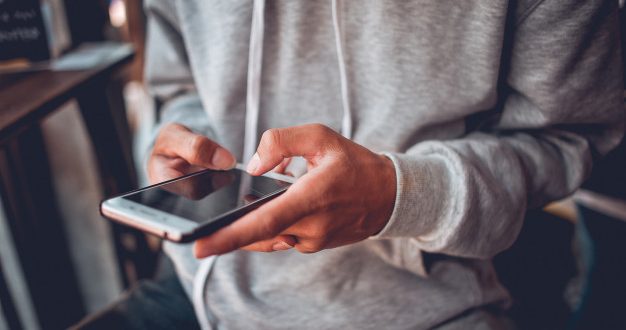 According to a Pew Research Center study, 92% of teens are visiting the Internet daily; many of accesses it using their smartphone. With just a swipe and a couple of clicks, teens have the ability to access a number of social media accounts used to voice opinions, find a sense of community, and express their thoughts and feelings. Although social media can help teens find others who share similar interests, these tools can also be used in a negative way, such as to cyberbully.

The iGen, or those born after 1995, have seen a measurable increase in depression symptoms over the past decade. In fact, a study conducted by Jean Twenge and her team, between the years of 2010 and 2015, found that the depression rates among teens increased by 33%. Twenge admits this research does not imply a clear cause and effect relationship between poor teen mental health and social media, some experts correlate this to smartphone ownership. In 2013, almost 50% of American teens had a smartphone, and as discussed above, in 2018 that statistic jumped to 92%. This 42% increase in smartphone ownership over the past 6 years highlights the reason why parents should be concerned by the effects technology has on the mental health and rates of depression in teens. understands her yet one can speculate the two are correlated.

Social media encourages kids to stay in their own “digital world”. Instead of hanging out with friends, children are utilizing the Internet as their primary means of communication. What’s lost is a critical component of our mental health and personal development, human interaction and dialogue. Studies show that even limited face-to-face social interactions can cut the risk of depression in half. In fact, Twenge found that teens who spend excessive amounts of time online, and less time interacting with friends, are at an increased likelihood to show signs of depression. 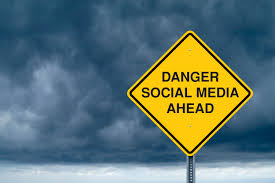 Most teens have their smartphone or device with them 24/7, in arm’s length, at all times; even when they go to bed. Talk about distracting kids from what’s important, many sleep with their phones under the pillow or within arms reach, resulting in increased rates of sleep deprivation and depression in teens. However, it’s not just teens that are doing this. In reality, the majority of smartphone owners are distracted by their phones at night. The solution, before you go to bed, leave your phone to charge in another room.

Our Internet-connected devices and social media devalues human interaction and makes it easier for the nasty Internet-users to bully, scam, and even stalk vulnerable individuals. This anonymity associated with the web makes it the ideal arena for cybercrime. Young children and teens are especially vulnerable, often being exploited by a scammer attempting to collect personal information used to steal an identity. Unfortunately, when teens are targeted with these types of harassment and theft, an online bully or criminal can cause mental harm, affecting them for some time. In fact, studies have shown that social media use can increase the blood pressure of developing teens and could carry over into adulthood.

Must read: Difference Between Disease & Disorder

As a family, create a screen-time contract that you all sign, and then adhere to it. The contract should have specific quantifiable expectations, ex. 2 hours of screen time a day, that you can accurately hold each individual accountable to.

Set a time, or enable the auto power on/off function to turn your phone off an hour before bed. Then, to resist the urge to use or be distracted by your phone, put it in another room. Your messages can wait, sleep is more important!

As a responsible parent, you should be leading by example and limiting your smartphone usage as well. If you don’t have the self-control to limit yourself, don’t worry! Apps such as Offtime, Moment, and Break Free are all good monitoring apps which can help you limit screen time.