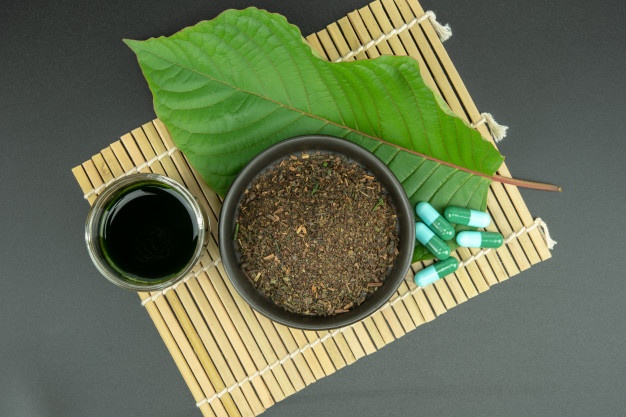 A survey of Kratom users is conducted around the U.S. of more than 2,700 people has self-reported. The natural herb is sold in the market, and even online by which is treated as a supplement because of its therapeutic effects.

John Hopkins Medicine researchers had concluded that the herb contains a psychoactive compound similar to opioids which can treat anxiety, depression, pain, and addiction. However, those self-reporting surveys are not confirmed by the U.S. Food and Drug Administration (FDA) thus suggests drug agencies seek further studies of Kratom potential as an alternative for opioid use.

Users of Kratom these days have reached over 10 million people in the U.S, as estimated by the American Kratom Association (AKA). They consume its ground leaves or brew as tea. In other words, Kratom is used as an herbal supplement with a low potential for abuse compared with opioids.

The Survey of Kratom Users

The survey is conducted online with 2,798 people of all ages and races. Most of them are women and were white at an average age of forty. Of these participants, more than half are taking Kratom to alleviate pain, as well as anxiety and depression. The remaining responders took the herb for opioid withdrawal.

Some users are qualified for abusing Kratom as they became dependent on the substance for opioid medications. On the other hand, more users have met the criteria for Kratom-related substance use.

Part of the survey is the mild side effects of Kratom intake for a third of the participants, including constipation or upset stomach, which can be treated quickly. There are a few reported cases that suffer from severe side effects that require medical treatment due to withdrawal symptoms.

This shows how higher doses of Kratom can increase harmful responses upon the user. That is why FDA must regulate Kratom’s impurities and safety level to avoid the risk of dosing problems.

Kratom is a type of tropical plant as good as coffee trees grown in Southeast Asia. It is made up of mitragynine chemicals that can help to alter moods. Kratom leaves have a variety of strains and effects containing lots of alkaloids for medicinal benefits.

Asian people take Kratom in small doses as believed it has to boost energies like coffee. Large amounts of Kratom may relieve pain, which can be an alternative for beer and wine.

Rigorous clinical research must be done to see the best potentials of Kratom for humans. Taking such natural herbs can be very beneficial and dangerous at the same time due to possible side effects. Learn more about its impact on the user’s health below!

More health stores nowadays are selling Kratom supplements as an energy booster, pain reliever, and mood enhancer. It is all-natural and safe to be ingested or brewed, but with proper dosage. Here are some other benefits of this natural herb most people are now adding up to their routine.

Kratom has antimicrobial and antioxidant properties that help to improve your immune system. It can protect an individual from toxins and deadly diseases and can regulate digestion to manage bowel diseases.

Kratom supplements can also prevent diabetes by regulating the amount of insulin and glucose in the blood. It also promotes weight loss as the natural herb can reduce appetite.

As mentioned earlier, Kratom can deal with anxiety and depression. It promotes calm on the mind and body with its psychoactive elements improving the overall mood. The herb helps to balance hormonal imbalances to prevent any side effects of anxiety like poor sleeping habits.

The leaves of the Kratom herb can utilize the effects of addiction in the brain. Though large doses can be addictive, regular chewing of Kratom leaves will help you bring down addiction urges.

Kratom is also suited for regulating the sleep-wake cycle. It can be added in tea to improve your sleep and avoid insomnia and other night terrors.

The existing alkaloid in Kratom leaves has a painkilling effect that can last for up to six hours in a low dosage. It will release endorphins to manage the pain.

Kratom releases acetylcholine that can help your mind stay focused. It delivers serotonin and dopamine which will keep you motivated to do tasks. The herb can also enhance your cognitive performance through the opioid receptors.

Some More Facts about Kratom

In 2016, Kratom was categorized as a Schedule I drug by the Drug Enforcement Agency (DEA) due to lack of medical proof, however, no action was taken. Then a contamination outbreak happened in 2018 among Kratom users which led to medical explorations for potential uses of the herb. Way back in 2015, Thailand has reported using Kratom to treat opioid addictions. This has activated U.S. researchers to better understand the natural herb Kratom.

Kratom supplements are widely available in the market despite the unending studies about the herb. Some online stores that sell natural herbs guarantee consumer safety with food-grade products. One is Mitra Genie Kratom, the largest exporter of Kratom on the European market today offering Kratom supplements in smaller packs and bulk. They sell distinct products to satisfy every buyer’s needs, which are farm-fresh and GMP-compliant to assure safety.

Regardless of the survey results, Kratom is undeniably a good herb option the market offers. It can be the best remedy for some disorders, said by users.

Ear Infections: A Guide From An ENT Specialist Singapore

Signs You Need Glasses For Reading 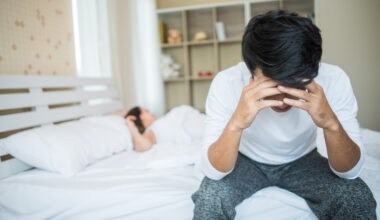 Read More
Table of Contents What Is The Difference Between Impotency and Erectile Dysfunction?How Does Impotency Effect Relationships?How To Cure…