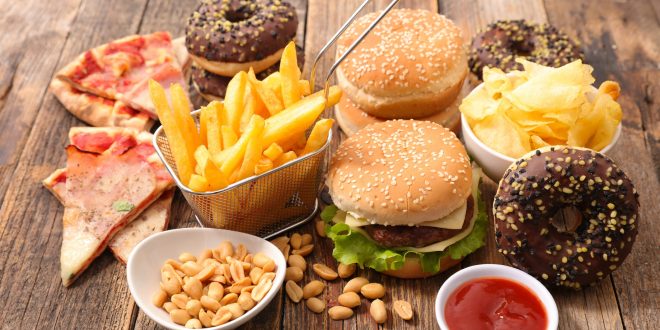 A number of surveys undertaken in the U.S., Canada, Brazil, Europe, and New Zealand have revealed that up to 50% of daily energy intake of people is from ultra-processed foods such as packaged snacks, ready-to-cook meals, sugary cereals, soda, fizzy drinks and reconstituted meats. Now, is this a wake-up call for all of us? Let’s find out whether there is one lifestyle factor that might best predict whether you get cancer or not.

A study of more than 100,000 people has found that one food group is closely linked with cancer

A recent study in Brazil and France claim that ultra-processed foods including sugary breakfast cereals, pizza, hot dogs, chicken nuggets, soda, sugary drinks or a pre-sliced bread may drive an increasing burden of cancer in the next decades. These researchers help us understand the initial insight into a possible link between our diet ( which includes ultra-processed foods ) and cancer disease.

The findings, published in the ‘British Medical Journal’, were based on a survey and further analysis of 1,04,980 healthy French adults with an average age of 43. The researcher in this study measured the food intake of these people with respect to 3,300 different food items. Further, these foods were grouped according to the level of processing and researchers took into consideration factors such as age, gender, levels of education, whether the participant had a family history of cancer or indulged in the act of smoking.

The evidence researchers cited based on the middle-aged individuals with respect to their diet and health and the findings were shocking! Teams from the Sorbonne in Paris and the University of Sao Paulo found that for every 10 percent rise in the proportion of ultra-processed foods consumed, there was a 12 percent higher risk of cancer. Further analysis revealed an 11 percent rise in the risk of breast cancer but no significant link with increased risk of prostate cancer or colorectal cancer. And, the finding held true for every category of adults in the study: men and women, younger and older people, exercisers and couch potatoes, smokers and non-smokers.

On the same lines, the latest estimates of worldwide figures suggest that there were 14.1 million new cases of cancer in 2012 and that this number is expected to climb to 24 million by 2035 and this enormous rise in number could be connected to our dietary factors.

Also, read about: Does Eating Grilled Food Cause Cancer?

The health effects of ultra-processed foods are a part of a relatively new field of research. There have been several studies that have raised the possibility that these foods may be linked to higher risk of obesity, high blood pressure, and high cholesterol, however, robust evidence is still very scarce.

This observational study on the part of the researchers “is the first to investigate and highlight an increase in the risk of overall — and specifically breast — cancer associated with ultra-processed food intake.”

We should commend the researchers for the detailed data that they analyzed and collected on diet and cancer. However, we are a long way from understanding the implications of food processing for health and wellbeing. Therefore, the research shouldn’t end there. The health consequences of this trend should be studied in depth because as per researchers ultra-processed foods have a number of characteristics that could be disease-causing. For instance, they have high constituents of added sugar, salt as well as total and saturated fat, and lower constituents of fiber and vitamins. Moreover, ultra-processed food has the potential of being a huge health concern as these foods also come in contact with packaging materials i.e. plastic which can lead to contamination of the food with potentially harmful substances.