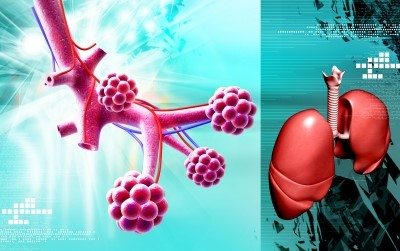 Understanding Lung Cancer – What it is, how it happens & more

What is lung cancer?

It is the cancer that develops in the tissues of lung. More often than not, a lung tumour originates in the walls of the large, branching airways of the lung, the bronchi. More than 20 different types of tumours can develop in the lung itself.

Cancer that forms in the lungs is broadly divided into two types – small cell and non-small cell lung cancer, based on the way the cancer cells appear under a microscope. A cancer can be a mixed one too, with cells of both types present at one time.

This is the most common type of cancer afflicting the lung, originating in the cells inside lung airways, commonly in the centre of lungs. Smoking increases the risk of this cancer type. It can be of the following types:

This cancer usually develops in the central bronchi and is the most aggressive form of cancer found in lung. It has usually spread (metastasized) to lymph nodes and distant organs by the time the person gets diagnosed.

Also called as neuroendocrine tumour, it originates in lungs. This type of tumour if further sub-classified into various types. It is relatively less common than the other two types of lung cancer.

Who is at risk of developing Lung Cancer?

A lung tumour or cancer may result from the following: