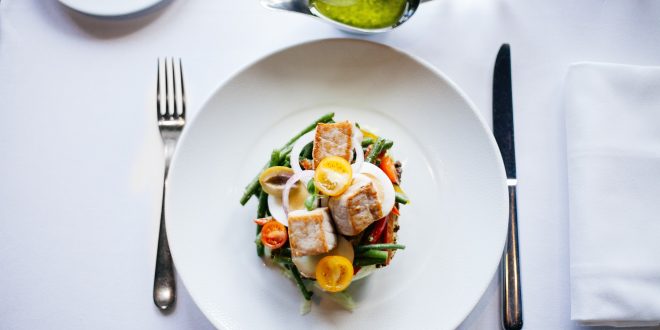 Are Viral Food Poisoning And Gastroenteritis The Same? is commonly known as stomach flu and characterised by inflammation of the intestines. As the name implies, it is primarily an infection caused by a virus, may be rotavirus, astrovirus, enteric adenovirus or norovirus. It spreads through contaminated food or human contact.

Occur by infectious organisms like toxins, bacteria, or parasites in food and water. Ingestion of contaminated food or water is the main cause of food poisoning. It is never caused by human contact.

Viral gastroenteritis is also accompanied by chills, headache and muscle ache. These are the differentiating symptoms from food poisoning. It is very hard to accurately tell the difference yourself. So if you experience any of these symptoms for more than a day, it is advisable to immediately contact you, medical practitioner. Doctors diagnose using stool or blood sample.

Also Read: What to eat when you have a diarrhea?

The treatment is also similar for both viral gastroenteritis and food poisoning. If the symptoms are severe, doctors prescribe antibiotics. Otherwise following are recommended for relief:

If left untreated and uncared, both can lead to dehydration. If you cite any of the followings then get a prompt medical attention:

Certain strains of bacteria causing food poisoning may lead to kidney failure if not treated properly. Pay particular attention to these conditions in babies, children and elderly because they are prone to dehydration.

Here are certain things you can bear in mind to prevent the viral gastroenteritis and food poisoning:

Call +91-8010-994-994 and talk to Credi Medical Experts for FREE. Get assistance in choosing the right Gastroenterologist, compare treatment cost from various hospitals and get support in managing other hospital processes.
Previous How To Find Doctor Locum Jobs
Next 10 Effective Ways To Back In Shape After Pregnancy
Privacy Policy | Terms of use | Sitemap
Copyright 2013-2023 © Credihealth Private Limited.