Blog » Health Blog » Homeopathy » Know All About: What is Homeopathy? 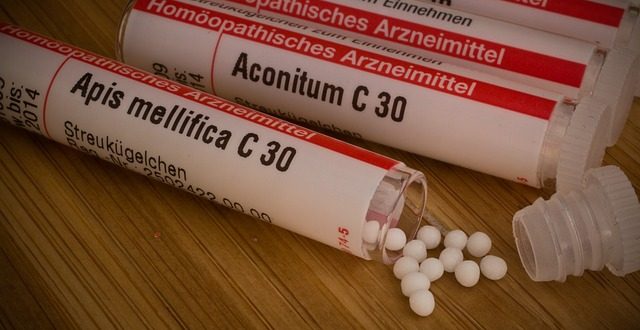 Know All About: What is Homeopathy?

Alternative medicines like homeopathy are lately gaining widespread acceptance and increasing becoming mainstream choice of medical treatment. The homeopathic doctor treats the cause of the illness or disease in order to heal the effect, therefore, homeopathy treatment not only helps to cure the particular disease but also aims at promoting the overall health of an individual. This article aims to give a brief understanding of homeopathy and its treatment procedures.

Homeopathy is a system of alternative medical practice. Dr. Christian Friedrich Samuel Hannan, a German physician, was the father, the creator of homeopathy medicine at the end of the 18th century. Homeopathy is based on the ‘symmetry of medicine’, according to which medicines can remove diseases similar to those diseases, which they can generate. The pathogenic drug is dependent on the symptoms that may arise. Therefore, the disease can be resolved very strongly, from the root, hastily and endlessly by the same medicine which can cause all the symptoms of the human body. The focus of Homeopathy is not the diseased part or the sickness, but the totality of the individual.

What is Homeopathy Treatment?

In the homeopathy treatment, the main function of the doctor is to select the medicine that produces the same type of symptoms after examining the life-history and symptoms described by the patient. The higher the likelihood of the symptoms and the drug symptoms, the more likely the patient is healthy. The doctor’s experience is his biggest assistant in the field of homeopathy. For the treatment of chronic and difficult diseases, both patient and physician require patience as homeopathy treatment takes time to show effects and cure the problem of its roots. Therefore, despite the benefit of homeopathic treatment, that it is beneficial for an overall body as it does not produce any side-effects, the biggest drawback of it still remains because of which people hesitate in going in for the same, as the treatment procedure takes substantial time before results can be seen. Asthma, arthritis, cold, flu, stress, cardiovascular diseases, dental problems are some of the diseases or ailments that can be treated through homeopathy. There are also claims that homeopathic medical treatment also has the cure for diseases like cancer and AIDS.

The notion of homeopathic physicians is that every living creature has a tendency to maintain the functional ideal (Êfunctional norm) of the senses, and when this functional ideal is distorted, there are many reactions to attaining this ideal in a living being. The animal is helped by medicine only in his efforts. The homeopathic drug should be given in small amounts because the patient is susceptible to illness. Small amounts of medicines are effective, thereby showing only one effect and there are no side effects. This monophasic effect is regulated in the re-establishment of health due to the deposition of the tissues in the condition of the transformation of the tissues. Scholars often consider this alternative branch of medicine as a pseudoscience.

Theories and Rules of Homeopathy

Rather than being theoretical, the primary goal of homeopathic philosophy is pragmatic. While homeopathy is unquestionably a philosophical system that has had a life of its own. Theory should neither dominate and nor be ignored as it is still a very important element. Ideally, the theory should be yoked in with method as doing this tends to maintain the method pure and ‘on track’. If you ignore theory then method tends to degenerate into allopathic mongrel forms. And, if you ignore method then theory tends to ossify into dogma. Therefore, both are necessary and complement each other.

The main concepts of homeopathy are both theories and methods at the same time. For example, Hering’s law, minimum dose, the law of similars, and miasms – these are all methods and theories about medicine. As Hahnemann rightly said, a theory is not an end in itself, but a means to an end. Thus, theory ought to be subordinate to a method and should always be confirmed and enhanced through practice. Below are mentioned number of theories and philosophies around homeopathy.

The basic principle of homeopathy that is promoted by Dr. Samuel Hahnemann is “Similia Simivibus Curator” i.e. the disease is mediated by the same medicines in a formless, fast and effective way of life that is able to produce similar symptoms.

In other words, according to this rule, the amount of drug which produces disorder in the healthy body also destroys the natural characteristics of the small amount of the same medicine. For example, the symptoms of cold on the cutting of raw onion, such as nose and water coming out of the eye, in the same kind of cold condition, homeopathic medicines are alleviated with the addition of olive oil.

Under homeopathic treatment, patients are instructed to give the same medicine at one time. On the basis of experience, Hahnemann had only fixed the legislation of one drug at a time, but now there has been considerable change in this opinion too. Some of the modern practitioners are walking on the path shown by S. Hahnemann and some have decided to set up their independent path and use two, three medicines at one go.

Also read about: What is Filariasis Disease?

Depending on the same science, the quantity of the patient’s selection should be very neon so as to avoid the adverse side effects of the drug. It works as an ingredient in fulfilling the immunity of the body. Homeopathic medicine is specially prepared, which is given the name of drug conservation. Traction and liquid substances are prepared with a suction system for the cold substances.

This is a basic context. It is also true that homeopathic treatment does not treat the names of diseases. In fact, it treats all aspects of mental, emotional and physical habits of the person suffering from this disease. Homeopathic treatment of five patients with asthma cannot be treated with the same medicine. Depending on the complete symptom, it may be prescribed for different 2 drugs in five patients.

Hahnemann found that the basic causes of all chronic diseases are psora, sycosis and syphilis. Hahnemann gave the word Miasm, which has the Greek meaning – pollution.