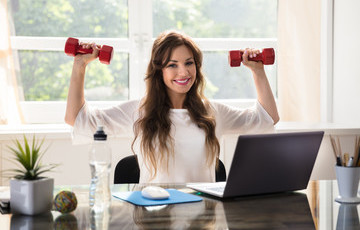 Women of Strength – The Strongest Gender -2 [Fitness and Corporate]

On this beautiful day, we would like to start this blog with a famous quote on women which says

“ A charming woman doesn’t follow the crowd, she is herself”.

International Women’s Day is an opportunity to give a hug and pat to the fabulous ladies in our life. Women are no less than superheroes. Let us take this as an opportunity to celebrate all the wonderful ladies who could bring positive change and move towards betterment. To celebrate a woman, it is not necessary that she should be a CEO or a celebrity. Whether she is a scientist who comes up with solutions for a deadly disease or a homemaker who raise their children with good qualities to be the pillar of our nation, all women make their contribution to society in their way.

Gone are the days when people used to say “women are supposed to be in the kitchen”, “why a girl needs equal education”. We have inspiring ladies like Kalpana Chawla, Mary Kom, Geeta Phogat, Mother Teressa, etc. All the fabulous women had proven that women are no way inferior to men. They are way better than men. These ladies have also demonstrated that a “girl with a book can conquer the world”.

Excelling in business and personal life commonly includes diligent work, determination, constancy and the right habits. When it comes to the successful women, it is all about the hailing the spirits and their undertakings in various areas of advancements, and it turns into a customary to learn from every one of their accomplishments while acclaiming their hard endeavours to accomplish this achievement in their lives.

There is a drastic rise in the count of female business people found in recent years. Numerous ladies are at the highest position in the organization and are tallied among the best-paid ladies in the nation.

Here are some of the personalities who excelled in their career with due diligence.

Indra Nooyi: We all know about her – board of Directors at Amazon and former chairman and CEO of the world’s second biggest food and beverages company PEPSICO. She has been associated with PEPSICO for 17 years and has consistently ranked as the world’s 100 most powerful women. Indra Nooyi believes in 5 C’s of Leadership which are competency, confidence, courage, communication skills and compass.

Kiran Mazumdar Shaw: We also have another inspiring woman Kiran Mazumdar Shaw – executive of Biocon Limited and the director of IIM Bangalore. She is a famous personality and entrepreneur. She is an icon to several women as she broke the traditional Indian bias against female and their abilities. Her journey was not so easy and had to face a difficult task to establish her business during a conservative period. She was awarded Padma Shri in 1989 and a Padma Bhushan in 2005 for her excellence.

Dr.Preetha Reddy is the managing director of VC Apollo Hospitals. She is also a pioneer businesswoman in the healthcare industry. Apollo Hospitals initiated the ‘Save A Child’s program under her leadership and has been ranked in the’50 Most Powerful Women in Business’ list compiled by Fortune( in the year 2009, 2010, and 2011).

Swati Piramal is a chairperson of VC Piramal Enterprises Ltd. She is a famous scientist and renowned industrialist in India. Her focus is mainly on the healthcare industry and concentrates more on public health and innovation.

Women fitness since its beginning has thrived and spread rapidly and has left a severe impact on the lives of several women. From trainers to entrepreneurs, these fit women are transforming the fitness world and inspiring several women as they go along.

Here are some women icons who had proven themselves as a leader in health, fitness training, nutrition, or bodybuilding.

Rujuta Diwekar India’s leading nutrition expert and exercise science specialist. She has many celebrities like Alia Bhatt, Kareena Kapoor Khan, and Varun Dhawan attached to her names. She has also authored several books on nutrition, pregnancy and weight loss.

Yasmin Karachiwala is the fitness trainer for like Katrina Kaif, Malika Arora Khan and Deepika Padukone. She is also the founder of the famous “Body Image” studios

Bani J is a popular Indian fitness model, an MTV India presenter and an actress. After her great stint on the reality show, she is now an inspiration to thousands of women who wish to pull off a muscular built and break the stereotypes.

Also, read about: Women of Strength – The Strongest Gender -1 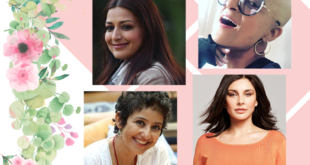