Sometimes, despite giving your child a healthy and balanced diet, they show signs of malnutrition. This occurs due to a condition called Malabsorption, which is the inability of one’s body to absorb nutrients and pass it on into the bloodstream.

Under normal circumstances, the body’s digestive process converts nutrients absorbed from ingested food items into smaller units which are easily absorbed through the intestinal wall, enter the bloodstream, and distribute the nutrients to every cell in the body. If under any condition, the wall of the intestine happens to become infested with an infection, it becomes damaged, changing its surface in a manner which makes it impossible for the digested units of foods to pass through. Obviously, the result is deprivation of essential nutrients in the blood stream.

It has been observed that during cases of intestinal or stomach flu, Mal-absorption rarely remains in a child for a day or two. This is because the intestinal wall has the ability to heal very quickly. But it should be understood that in cases of chronic mal-absorption, intervention by a doctor becomes necessary. For parents to be able to understand whether their child is suffering from a chronic case of mal-absorption, here’s a list of its symptoms –

Mal-absorption is just one of the possible reasons behind your child’s malnutrition. Other causes can be an unbalanced diet, or even digestive problems which prevent their body from digesting ingested food. Your child may actually be even suffering from a combination of these problems, which is why it’s important to consult a pediatrician whose duty it is to determine the cause behind your child’s malnutrition, after which he can prescribe the correct treatment.

Among the newest and most promising methods of healing the intestinal wall is gluten pre-digestion. However, the one sure shot and legally approved option for celiac disease (a disorder that can damage the lining of the small intestine) is a gluten-free diet, which means that people opting for this diet will avoid the following food items – wheat, rye and barley. Under normal conditions, these tests are performed on patients before any treatment is offered, but in exceptional cases, the child might have to be hospitalized first and then have their problem evaluated.

Once the doctor’s diagnosis makes sure that the child is indeed suffering from mal-absorption, they delve into understanding the reason behind its occurrence. In cases of infections, patients are prescribed antibiotics, but if child’s intestines are very active, other medicines are given to counteract this unusual activity so that the wall may have enough time to absorb nutrients.

Share
Previous Cholesterol & Heart – What is the Connection?
Next 16 Important Vaccinations That Must Be Given To Your Baby 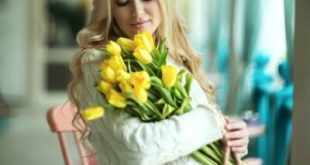