Acupressure is an Asian bodywork therapy with roots in traditional Chinese medicine. The traditional Chinese medicine theory describes acupressure points or acupoints, which lie along the meridians of the human body. It is believed that vital energy or a life force called qi (ch’i) flows through these energy meridians and that 12 major meridians connect organ networks to establish an organized system of communication throughout the body. The meridians originate at the fingertips, connect to the brain and then link to their respective organ. The science of acupressure states that illnesses occur when any one of these meridians is blocked or is out of balance.

How Does Acupressure Work?

Both acupressure and acupuncture are therapies that help restore balance. Acupressure works to restore health and balance and also regulates the opposite forces of yin (negative energy) and yang (positive energy). Some believe that acupressure also affects the energy fields of mind, emotion, and spirit. However, opposing fields of thought believe that the benefits of acupressure could be attributed to factors such as improved circulation, reduced muscle tension or stimulation of endorphins (that are natural painkillers). An acupressure practitioner uses his/her fingers, palms, feet or elbows, or special devices to apply pressure at various acupoints of the body’s meridians. Acupressure may also involve acupressure massage or stretching. A typical acupressure session involves the patient lying clothed on a massage table. The practitioner presses acupressure points on the body with special focus on the points that connect to an afflicted organ. One session usually lasts for about an hour, and a person may require regular sessions for best results.

Research into the role of acupressure in treating health concerns is its nascent stages. However, various health problems are shown to improve with acupressure. These include:

A person has rheumatoid arthritis, spinal injury or bone disease that could worsen with physical maneuvering. -Pregnancy, as certain acupressure points, can induce contractions. -A person with varicose veins. -A person has a cancerous tumor in the area to be treated or if cancer has spread to bones.

Acupuncture is another form of traditional Chinese medicine used to treat pain through the insertion of extremely fine needles through the skin at strategic points on the body. Like acupressure, acupuncture is also a technique that balances the flow of life force or energy, known as qi (chi) through pathways or meridians in the body. Inserting needles into specific points re-balances energy flow. Some western medicine practitioners reason the theory of acupuncture by stating that acupuncture points stimulate nerves, muscles and connective tissue of the region, which boosts blood flow and the body’s natural painkillers.

How Does Acupuncture Work?

Based on a person’s ailment and symptoms presented, an acupuncture practitioner will conduct an initial evaluation during which s/he will examine the painful area, shape, colour and coating of the tongue, colour of the face, and the rhythm, strength and quality of pulse in the wrist. Based on this examination, a treatment plan is created, which for a single complaint usually involves six to twelve sessions, scheduled over few months. Acupuncture points are located all over the body, and sometimes may even be located far away from the area of pain.

The practitioner guides a patient to lie on a padded table at the start of the treatment, which takes place in three steps:

Needle insertion – The needles used in acupuncture are very fine, causing only a minor discomfort as they are placed on the skin. A person will experience a deep, aching sensation once the needle reaches its correct depth.

Needle movement – The practitioner may twirl or move the needles once they are in position. Some treatments may also apply heat or mild electrical pulses to the needles.

Needle removal – Patient is asked to lie still and relax during the acupuncture session, which typically lasts between 10 to 20 minutes. Needles are then removed and discarded; pain is usually not felt during the removal process. Post acupuncture treatment, people may feel energised or relaxed. However, not everyone may respond to acupuncture and also it might not be the right treatment for a person if symptoms fail to improve after few sessions.

Acupuncture is used to relieve symptoms of a variety of health conditions, like:

Risks and Precautions with Acupuncture

-Pregnancy -Pacemaker – Applying mild electric pulses during acupuncture can interfere with a pacemaker’s operation. -Bleeding disorder – Risk of bleeding or bruising from needles increases if a person is taking blood-thinning medication or has a bleeding disorder.   Image Source: backpainadvisor

Share
Previous Relieving Back Pain With Vitamin D & B12
Next Tired of Medicines & The Usual Therapy? Try Alternative Therapy 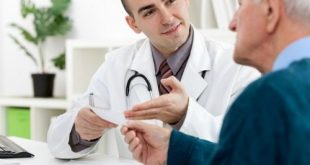 Weight Loss Surgery – Which one should I choose? 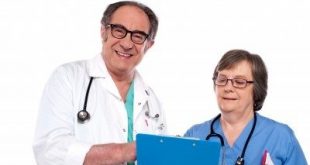 1. What is Hernia? A condition in which a part of an organ is displaced …