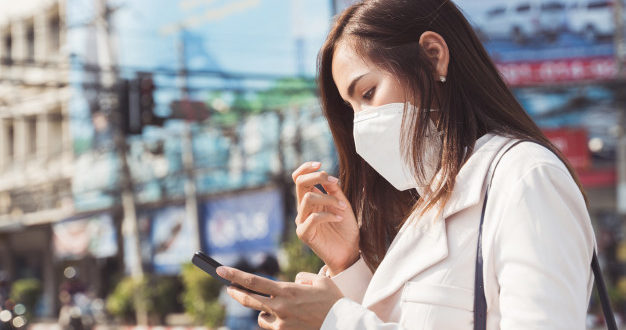 Have you ever had a bad day and wondered “What could be worse than this?”. And then something worse happens. Well, a similar scenario has occurred in our lives.We all share the same air and hence the same pollution. The ill-effects of this said air pollution varies from societies, cultures, geographies and individuals. But complete escape from its malice is inevitable.

Air pollution causing cardiac and respiratory problems was probably enough. But mental health has come into the picture, to add to the count of health hazards. Findings of a new study suggest that exposure to polluted air can lead to increased risk of mental illnesses, like bipolar disorder and depression.

Here’s another reason why you should avoid bursting fireworks this Diwali. Let’s explore this concept in detail.

How does Air Pollution Affect Our Overall Health?

Air pollution, be it from industrial smoke, vehicles or firecrackers, is capable of accelerating illnesses. According to the World Health Organisation, air pollution leads to nearly seven million deaths every year.

If we put more maths to it, seven million deaths per year imply that thirteen people die from air pollution-related ailments each minute. (GASP!)

The most significant health hazards of air pollution are cardiovascular and respiratory problems. Small particles (read toxic particles) present in the polluted air have the potential to penetrate the blood in humans.

So as informed citizens of the Indian society, you would by now, understand the harm that firecrackers cause. Why only firecrackers, you ask? It is because the festivities of Diwali take a toll on the environment. And as natives of the planet Earth, we are already under the threat of climate change crisis. So taking small steps like replacing crackers with diyas can be a good start.

Air pollution and Mental Illnesses – Findings of the study

The recent research on the association of air pollution and mental health has given way to new hypotheses. The said study included diverse participants from the United States and Denmark.

In the United States, health insurance data for approximately 151 million people were collected. The targeted population in the data set had filed claims for 4 mental disorders including bipolar disorder, major depression, personality disorder and schizophrenia. On the other hand, statistics regarding EPA, water, air and land quality were estimated based on their county distribution. Scientists tried to establish a link based on data overlapping and other factors.

Scientists in Denmark, contrarily, assembled data of 1.4 million citizens up to the age of ten years. The health data of these nationals were then compared with the local pollution levels. The results showed that these participants had a doubled risk of developing schizophrenia. The rates for depression, bipolar disorder, and personality disorders were also higher.

It was mentioned earlier that smaller particles can penetrate blood barrier causing cardiac and respiratory conditions. Similarly, these particulates can affect the central nervous system and have damaging effects on the structure of the brain.

A similar study was piloted in the year 2002, where scientists observed the effects of air pollution on dogs and rodents. The study quotes that as poor air enters into the brain, the pollutants cause inflammation and results in symptoms that are similar to depression. It was noted that along with lung and nasal disruptions, brain damage was also prominent. The results of this research could also apply to humans.

The study mentioned above has already gained the attention of critics. Critical reviews say that it requires precise attention to improve public health. The sources of air pollution in distinguished areas should be identified to pursue a course of action.

Understanding the relationship between mental health and pollution is vital to dismantling both problems.

For more information or free personalised guidance, speak to a Credihealth medical expert at +918010994994.