Baby Rahul was born in May 2013 to Rajeswari and Karna, both agricultural workers in Villupuram district near Chennai. In August last year, when Rahul was barely three months old he caught unexplained fire -all by himself!

What Rahul suffers from is a condition known as Spontaneous Human Combustion (SHC) in which he burnt himself on his abdomen and knees for which he underwent medical treatment at Kilpauk Medical College Hospital (KMCH) in Chennai. Rahul’s parents claimed that within the first three months of his birth, Rahul had experienced four such incidents of the spontaneous fire.

Doctors at KMCH, Chennai and Jawaharlal Institute of Post Graduate Medical Education and Research (JIPMER) in Puducherry are currently closely investigating his case to possibly trace the causes. Symptomatic treatment involving antibiotics is being given to baby Rahul as the exact causes and approach to treatment are yet to be derived.

Surprisingly, Spontaneous Human Combustion is mentioned throughout the annals of history even though only few dozen cases have been medically investigated.

Hopefully, with proper medical care and treatment, baby Rahul will recover completely from this rare condition.

Thomas Bartholin, a Danish anatomist, was the first one to point out SHC. He described how a French woman burnt while sleeping and her straw mattress was unbelievably untouched. In 1673, Jonas Dupont published a collection of rare spontaneous human combustion cases called ‘De Incendiis Corporis Humani Spontaneis.’

Spontaneous Human Combustion has also been described in many books, movies and TV shows such as The X-Files. It is believed that there are certain chemical and cellular reactions inside the body which generate enough heat to set the body on fire. Some of the SHC victims get burns on their body without any definite source or give out smoke without any signs of visible fire.

The incidents of Spontaneous Human Combustion (SHC) are shrouded in mystery.

Simple question – how can a human being catch fire without igniting any physical fire?

So many cases have been reported where the victim has burned completely while their clothes, surroundings and extremities remain intact. For example, let’s consider the case of a 92-year old, Dr. Irving Bentley in December 1966. His entire body was burned into ashes except his legs and foot with his slippers on.  This is what makes the cases of spontaneous human combustion so peculiar.

Image does not depict mentioned baby.

Share
Previous “Focus on career, then kids” – IVF is the key
Next The Case of Fetus in Fetu: Human Inside a Human 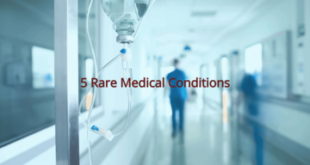 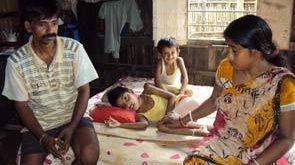 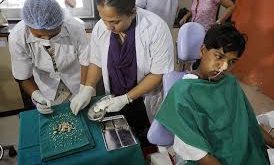 Bhavna (name changed) hails from Nalasopara in Mumbai suburbs. Around the age of 2, she …