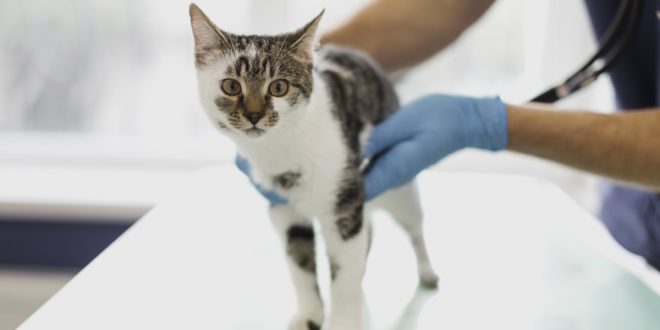 Ear mites are external parasites who live in the warmth of ear canals and thrive on organic matter present in it. Generally, ear mites choose animals as their hosts. And your pets are likely to be good hosts for ear mites. One of the different sources of getting infected is the transmission of mites from one animal to another by close contact. Doesn’t that make you wonder if mites can infest humans too if your cat has them?

The short answer is ‘yes’, ear mites can harbor on humans, but it’s rear. The most common cause of ear mites in humans is their pet cat with ear mites. That being said, you should check for any parasites in your pets regularly and get rid of them. Nevertheless, how should you deal with the condition if you catch some of those arachnids?

Signs of Ear Mites in Humans

You are at the risk of getting ear mites if you have pets or when you have close contact with someone else’s pets. So, the first step to staying safe from mites is to check your cats and dogs. The most common sign is your cat will constantly paw or scratch at ears. This happens because their presence makes your pet feel uncomfortable. In addition, you will also observe black dust-like particles looking similar to coffee grounds in their ears.

Diagnosing also helps to stop spreading mites in other pets too. Initially, your cat will not seem bothered but once mites grow in large numbers their weird behavior can easily be seen.

If you get ear mites the common signs are dark ear wax, ear wax discharge with a stench, redness in ears and the skin around ears, itching, and ear irritation.

Moreover, this condition is also accompanied by another ear condition called tinnitus. This effect is characterized by humming, buzzing, and ringing sounds in ears. If overlooked and not taken care of, the affected person can feel high pressure inside the ears and may also lose hearing power permanently.

Ear mites do not generally bite. And if at all they bite, they won’t remain on your body. If your pet sleeps with you in your bed, the ear mites would come out on the bed and enter your ears. When ear mites are on the furniture or on your bedding, they need a host to survive, so chances are high that they find their way in your ear canal even if the pet is not in your bed.

All in all, not only pet parents but all those who came in contact with the bed and furniture are vulnerable. That said, if you visit a house where pets have ear mites, you may catch some of them.

Treatment of Ear Mites in Humans

Here is what you can expect in a treatment part. Go to a doctor and consult him for the symptoms. He would likely refer you to an ENT specialist if he’s not one.

When you visit an ENT, he would take a sample from your ear using a cotton swab and will examine it using Otoscope. There might be some other tests also to identify the presence of ear mites and to diagnose other abnormalities and problems.

Once it is confirmed that you have ear mites, your doc will flush out your ear canals with saline solution to remove wax buildup in ears. Since mites thrive on the organic material, mites will be forced to leave the space.

After that, your doc will prescribe eardrops containing these medicines: gramicidin, triamcinolone acetonide, nystatin, and neomycin. These medicines are known for relieving ear irritation, itching, and infection.

Acetic acid also is effective to treat ear mites but never try any of home remedies without consulting with your doc. Moreover, by killing existing mites and their eggs can also ease up the problem. In that case, your doctor may prescribe you anti-parasitic eardrops.

Due to this condition, your ear canal might get inflamed and an overwhelming response to it may cause secondary ear infections. You will be prescribed a medicinal course of antibiotics to cure allergic symptoms and recurrence of it.

How To Prevent Ear Mites in Your Cats

Your pets can easily get ear mites. It’s common but not normal. The most important way to prevent ear mites in humans is to regularly check your pet’s ears and entire body for any kind of parasite.

When you groom your cat, check for any parasites on her body including her ear canal. If your cat has mites, she won’t initially show any signs but you can always observe tiny coffee grounds like creatures inside the ears. Further, your cat will show some more signs like shaking her head, pawing, and scratching at it. Sometimes you can see blood clotted outside the ears also.

Never ever ignore any signs, visit your vet, and treat ear mites with vet’s prescribed medication and treatment.

Cat ear mites can transmit to humans. Although it’s rare, you need to address the condition immediately. Some extreme cases also result in hearing loss too. To prevent ear mites, regularly check your pets for any parasites, and ask your vet for appropriate treatment. If your pets are safe, you won’t get ear mites from them.

Previous How to Build Muscles Without Harming Your Health
Next What Is De Quervain’s Disease and How Can It Be Treated from Home?