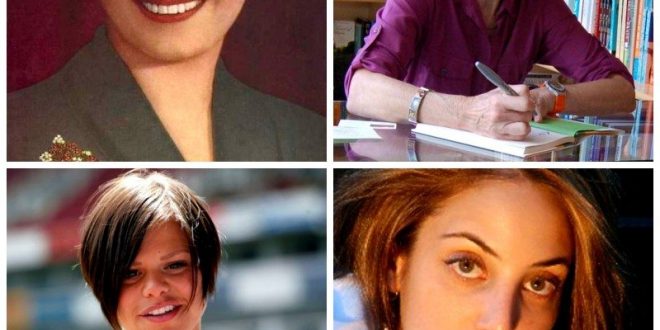 Cervical cancer is the second most common cause of cancer worldwide. In India, it is the one of the leading cancer that affects women.

Mainly caused by the Human Papilloma Virus (HPV), cervical cancer can be prevented by taking certain measures. That cervical cancer can affect anyone, can be witnessed through the stories of some popular personalities across the globe on how they battled this disease:

A former first lady of Argentina, Eva Peron was more commonly known as Evita. She was diagnosed with advanced cervical cancer in August 1951. She was not told about her condition and thought she was being treated for a uterine problem. She was given radiation and chemotherapy, following which a lobotomy was carried out too. However, her condition continued to worsen; she succumbed to the cancer in 1952. She was 33 years old.

Times have changed from then to now, and medical advances allow young women to undergo routine screening for cervical cancer and HPV infection. Screening and early diagnosis can make a huge difference in prognosis.

In 2012, Judy Blume, a blogger and an author of several novels, was diagnosed with breast cancer. As she shared the news, she also revealed that she had had cervical cancer 17 years ago following an HPV infection. She underwent hysterectomy for the same.

Judy is an example of someone who survived cancer not once, but twice. She continues to write books for young adults and is a proponent of the HPV vaccine.

Jade Goody was a British reality television personality, who shot to fame with her appearance in Big Brother in 2002. In 2007, Goody was part of Celebrity Big Brother, along with Shilpa Shetty (Goody was accused of racial abuse against the Indian actress during the show.), and later in the Indian Big Boss in August 2008, which she exited early due to her diagnosis of cervical cancer. Jade’s cancer metastasized quickly within a few months and she passed away in March 2009.

Jade’s open fight against cancer led to an increase in the number of women aged between 25 and 64 undergoing Pap tests shortly after her death. At her funereal, a spokesperson for Cancer Research UK said, “Jade’s story has raised awareness of cervical cancer which has led to hundreds of thousands of people contacting Cancer Research UK for information on the disease as the number of hits to our website, CancerHelp.org shows. Her legacy will be to help save lives.”

Remember the popular 80s singer, Billy Joel? His daughter, Alexa Ray Joel, contracted an HPV infection, which she alleged she got from her then boyfriend.

HPV is commonly present in many adults, and it can stay asymptomatic/dormant in the body. In most cases, though, the body itself eliminates the virus over a period of time.