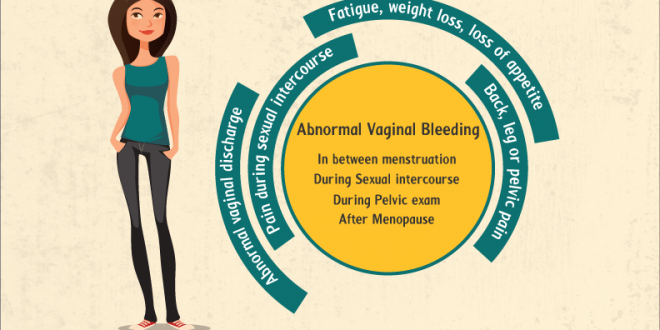 According to a top gynae oncologist in India who has provided cervical cancer treatment to over 10,000 women,

Cervical Cancer occurs in the cells of the cervix which is the lower part of the uterus that connects to the vagina. The cause of this Cancer, in almost 90% cases, is the Human Papillomavirus (HPV). HPV is a sexually transmitted infection.

The two main types of Cervical Cancer are:

Usually in its early stages, Cervical Cancer does not cause any symptoms. A few of the HPV may cause Genital Warts and the others may not have any symptoms.

During later stages the patient may experience the following symptoms:

The major factors that lead to Cervical Cancer are:

Human Papillomavirus (HPV) is the most common cause of Cervical Cancer. Most sexually active women are at a risk of getting at least one type of HPV infection during their lifetime. HPV causes warts, including genital warts, which may lead to Cervical Cancer. In most cases the virus causes no harm and goes away on its own. However, in some women the virus survives for a long period resulting in some cells on the surface of the cervix to become Cancerous.

There are over 100 different types HPV. Direct sexual contact is the cause of transmission of at least 40 of these.

Women who started having sex at a young age or who have many sex partners are at a higher risk of this type of Cancer. Also having a sex partner who has more than one partner makes the woman comparatively more prone to pick up the HPV infection.

To reduce the risk of HPV infection, women should:

Women who smoke are at a greater risk of developing Cervical Cancer. Benzyrene, a Cancer causing chemical, released from cigarette smoke damages the cervix. Langerhans cells, on the lining of the cervix, help fight against this Cancer. However, these cells become ineffective in smokers.  Hence, women who smoke and have HPV infection are at a higher risk of developing pre Cancerous cells or getting Cervical Cancer. Smoking cessation may help mild pre cancerous changes to get back to normal.

A healthy immune system protects the human body from cells that have become abnormal. The immune system destroys these cells and prevents them from becoming Cancerous.

Hence, women infected with HPV and with a weak immune system are at a greater risk of getting Cervical Cancer. Women with AIDS or those taking medication to suppress their immune system after an organ transplant are more prone to developing this Cancer.

Diethylstilboestrol or simply DES is a drug given to women in the 1940s to 60s to prevent miscarriages. Physicians stopped prescribing these drugs after the 1960s. However, the daughters of women who took DES during their pregnancy are more susceptible to developing Cervical Cancer. Today, this is a less important risk factor as this medication is no more used.

Some other factors that may also lead to cervical cancer include:

Risk in Family for Cervical Cancer

Women with a family history of Cervical Cancer are at a higher risk of getting the disease. The risk increases almost two to three times if an immediate family member, like a mother or sister, has had Cervical Cancer. The following causes may have led the disease to run in the family:

Studies show that black women with HPV infections are at a higher risk of developing Cervical Cancer as compared to white women.