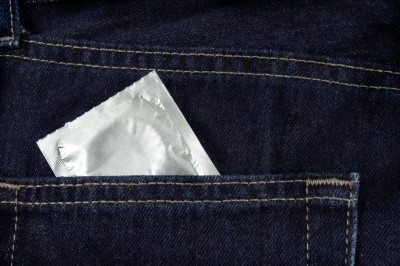 Condoms or barrier contraceptives that prevent conception and STDs come in two forms:

How Do They Work?

The basic principle of a condom is to prevent semen (containing sperm) from entering the vagina and fertilising the egg inside the female partner. When unrolled and worn by the male partner, a condom works to collect the ejaculated sperm inside it.

For female condom, a woman must insert it into her vagina before sexual activity is initiated. The closed ring end of the condom covers the cervix while the other end stays on the outside of vagina. Again, the female condom works similarly to the male one by blocking sperm’s entry into the womb.

When speaking of condom effectiveness, we are looking at two parameters:

How Effective Are Male Condoms?

How Effective Are Female Condoms?

It is said that a female condom could be 75 – 82 per cent effective in preventing conception.

Female condoms do offer protection against STDs but not as well as male condoms. However, that said, male and female condoms should not be used together, as the friction this causes may make both condoms ineffective.

Simply using a condom will not guarantee 100 per cent protection.

Here are some tips to ensure maximum protection:

Image courtesy of [scottchan] at FreeDigitalPhotos.net

“How does the female condom work?” NHS.uk, https://www.nhs.uk/conditions/contraception-guide/pages/how-does-female-condom-work.aspx