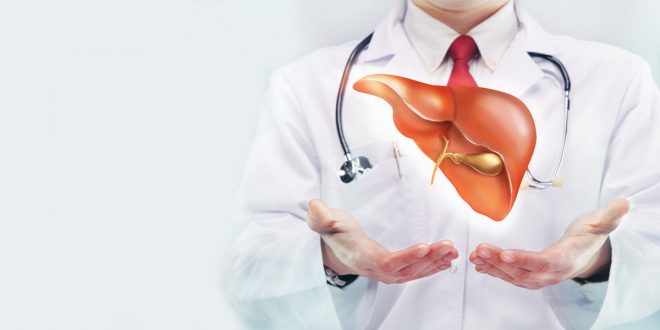 A Senior Consultant in the Institute of Liver Transplantation and Regenerative Medicine at Medanta, Gurgaon, Dr. Prashant Bhangui has over 16 years of rich professional experience in the field of Hepatobiliary Surgery and Liver Transplantation. His areas of clinical and research interest include hepatocellular carcinoma, colorectal liver metastases and living donor liver transplantation.

Here are some questions answered by Dr.Prashant Vilas Bhangui.

Question: Are there different types of techniques for performing liver transplantation?

Answer: When we talk about techniques, there are two types of liver transplants. In case of deceased donor liver transplantation, the whole liver is retrieved from a brain dead patient if the family is willing, or the patient had initially expressed his willingness to donate his organ after his death due to a road accident, some kind of head injury etc when he has a beating heart but certified brain dead. There is a legal procedure by which he/she can be a prospective donor.

The other type of liver transplantation which is more commonly practised in the East because of the lack of awareness of organ donation is Living Donor Transplantation. Under this, a healthy, voluntary living donor donates a part of his or her liver to save the life of a loved one.

Question: How does the surgery of liver transplantation affect the quality of life for the donor and the recipient?

Answer: It is important to know that the quality of life of a patient with the end-stage liver disease before he undergoes a liver transplant is extremely poor, with lethargy, anorexia, weight loss. Liver failure makes the patient weak and the only way to give a new life to the patient is through a liver transplant.

As far as the donor is concerned, they need to be in the hospital for about a week. After a month, the donor need not take any medication and is ready to resume his routine activity.

Question: Nearly 7.5 lakhs of new cases of hepatocellular carcinoma are reported each year globally. How do you manage such conditions here at Medanta? Are there treatment methods besides transplantation of the liver to treat this condition?

Answer: Hepatocellular carcinoma is a primary cancer of the liver. These are cancers which originate from the cells of the liver, which are called hepatocytes. This is one of the major causes of death in patients with chronic liver disease. It is important to remember that 90% of HCC occurs in patients with a diseased liver, that is in patients affected by viral hepatitis or liver cirrhosis. HCC is an ailment that requires a multi-disciplinary approach for treatment, and the treatment should be personalised. HCC is a heterogeneous disease, with tumours varying from a very small size, say 1-2cm, to very large tumours which are about 10-12 cms in size; all of these need different treatment.

It is generally said that the only curative treatment for HCC is surgery, either resection or liver transplantation. Resection is removing the entire tumour along with the part of a normal liver. Liver transplant is considered to be the best oncological treatment, it cures the tumour and the underlying liver disease.

Other than this, there are other options available which are non-surgical. For example, if a patient has a tumour which is less than 2-3 cm in size, radiofrequency ablation or microwave ablation can be used for the treatment. In addition to this, other options include transarterial chemoembolisation (TACE), transarterial radioembolization (TARE), and systemic therapy like Sorafenib, Lenvatinib, Nivolumab.

Question: What are the major misgivings among patients that affect your practice?

Answer: Primarily the most important misgiving is the time the patient takes to come to a hospital for a transplant. Many times people believe that they can continue with the medicines for a very long period, even after they have a decompensated liver disease. Generally, it is believed that if more than 70-80% of your liver functions are deranged, then the body starts developing the symptoms of liver failure. Despite that, some people continue to try alternative medicines for the treatment. In such cases, either the success rate of transplant will reduce, or the complications will increase, when the patient presents late, with multiorgan dysfunction secondary to liver failure, or with poor performance status.

The second aspect is the belief that if a person donates his/her organs, he/she will be born without those organs in his/her next life. This is something that stops people from donating their organs even after their death.

Question: Are there secondary types of liver cancers too?

For secondary liver tumours as well, the treatment of choice is surgery to try and completely resect the tumours in the liver, to avoid any further growth of the tumour cells.

Check out all the article in #CrediTalk series here.

Dr. Prashant Vilas Bhangui is a senior consultant in the Institute of Liver Transplantation and Regenerative Medicine at Medanta – The Medicity, Gurugram. He has 16 years of rich experience in his field. He completed his MBBS from Goa Medical College in 2000, MS in general surgery from Goa Medical College in 2004, European Inter-University Diploma in Hepato-Biliary-Pancreatic Cancers: Oncosurgical Strategies from Universite Paris XI, France in 2009 and Masters in Hepatobiliary & Pancreatic Surgery from Henri Bismuth Hepatobiliary Institute, Villejuif, France in 2009.

For a priority appointment or more information, contact us at +91 8010994994 or book an appointment with Dr. Prashant Vilas Bhangui here

Previous What Is Infertility? Does Age Play a Role In It?
Next Take Gym To The Next Level With Personal Trainer Software