Effects of drinking too much alcohol

Binge drinking does not only lead to a terrible headache but also a prolonged hangover the morning after. Binge drinking, in fact, has far more serious repercussions on an individual’s health than drinking alcohol a limited amount on a regular basis, both short term and long term.

Long-term alcohol consumption causes various conditions, the primary being, its effect on the brain. Before indulging in a night of binge drinking, here is what you need to know.

What is Binge Drinking? 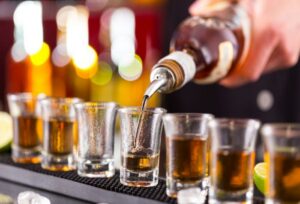 Effects of Drinking too much Alcohol

Call +91-8010-994-994 and talk to Credi Medical Experts for FREE. Get assistance in choosing the right Hepatologist, compare treatment cost from various hospitals and get support in managing other hospital processes. Or click the button below-

Previous Is It Safe To Donate Kidney For A Loved One?
Next PTSD Meaning: Life With Post Traumatic Stress Disorder