What is Active Immunity?

Active immunity requires something to trigger a response which is produced from an individual’s immune system. Inactive immunity, the individual itself produces the antibodies to counter an antigen. Though long-lasting, it is a slow process and takes quite some time to respond to the antigen (antibody generator).

When an individual comes in contact with an antigen, the individual’s immune system naturally creates antibodies in a slow process. However, on subsequent attacks from the same antibody, the immune system’s response to it is faster and more efficient than the last time.

Natural active immunity occurs when an individual comes in natural contact with an antibody. The immune system creates its defense against the antibody by the eventual production of antibodies.

To artificially immunize an individual, a weakened or killed version of the same antibody is used against which the immunity is sought. This ensures that when the individual comes in natural contact with this antigen later, the immune system is already equipped with the antibodies to tackle it. Artificial immunity is administered by way of vaccines. Some vaccines provide long-term protection against the antigen while some provide a short-term protection. This is why some vaccines like polio have to be administered periodically to a child. Administration of artificial active immunity is less prone to causing any side effect.

Passive immunity requires the administration of pre-synthesized elements of the immune system. Such an external administration entails that the body itself will not have to produce the same antibody. To provide passive immunity, antibodies are externally transferred from people already having it to those who do not. It can be natural as is in the case of a mother to her child. Passive immunity is also administered externally and though it begins to work quickly, it has a short-lasting effect.

when there is an immunity transfer from a mother to her child through the placenta at birth, it is called Natural passive immunity.

In case of a sudden outbreak of a disease, artificial passive immunity is provided by the administration of pre-synthesized antibodies through an injection to the body. It is an emergency treatment provided to the body against any foreign toxic elements. Artificial passive immunity is also provided through blood transfusion. The body may react to the administration due to the antisera causing serum sickness. Before administration, however, tests are made to ensure that the individual’s body will cope and adapt to it.

Active and passive immunity together strengthen an individual’s immune system and lower the vulnerability ratio.

For more information or free personalized guidance, speak to a Credihealth medical expert at +9180101994994.

Share
Previous 20th Week of Pregnancy: Go Bananas!
Next 21st Week Of Pregnancy: Half of The Journey is Covered 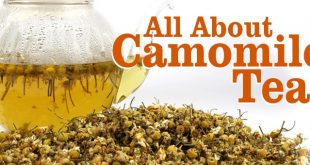 Positive Effects Camomile Tea Can Have on Your Body