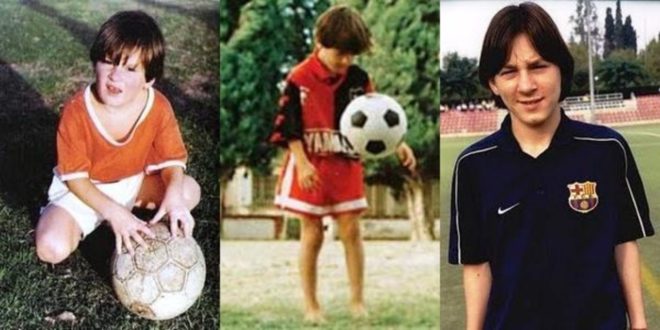 “I start early and I stay late, day after day, year after year. It took me 17 years and 114 days to become an overnight success.”, Lionel Messi. You most certainly would be aware of Lionel Messi. If not, let us introduce you to him. Lionel Messi is arguably the best footballer in the world. But like everyone else on this planet, he also had his share of challenges. One of them being Growth Hormone Deficiency. In this post, we will overload you with inspiration from the story of Lionel Messi – Growth Hormone Deficiency.

Hit by this condition at an early age, growth hormone deficiency affected Messi’s playing ability largely. Despite this contradiction, he has set an example for all young boys and girls to pursue their dreams.

At the base of our brain, there is a pituitary gland. This gland is responsible for secreting hormones including the growth hormone.

The growth hormone is a protein hormone. It is very necessary for our bodies. It helps us to maintain and build the body’s fat, muscles and bones. The inability of the pituitary gland to produce enough growth hormone leads to Growth Hormone Deficiency.

When a sufficient amount of these hormones is not created, our body’s growth (and thus health) begins to slow down. Growth Hormone Deficiency is a rare condition. The results of GHD are less height and late puberty. This condition can affect both children and adults.

The Causes of Growth Hormone Deficiency

However, in other cases, the onset of this disorder occurs during childhood or even adulthood. The deficiency caused by some other condition or problem is called acquired growth hormone deficiency. This type may take several years to develop.

Some scientific experts argue that GHD is a genetic disorder. There is no one definite cause of this condition. Some of the common causes of growth hormone deficiency are:

The Symptoms of Growth Hormone Deficiency

Since the occurrence of this disorder is based on age groups of individuals, the symptoms of growth hormone deficiency vary with age.

Some common symptoms seen in children are:

Some common symptoms seen in adults with GHD are:

The proportions of the body and the intelligence level of a person may not be affected by this disorder.

The Treatment For Growth Hormone Deficiency

Growth hormone deficiency in Messi’s case could be resolved with proper treatment and luck. Messi’s talent in the game landed him in a position where his treatment was paced up. Not everyone could fit into Messi’s shoes- both in terms of his football skills and his luck, to be able to get the treatment.

But fortunately, treatment for Growth Hormone Deficiency is available and can be accessed by patients.

This condition is very personalized and so is the treatment. But thanks to modern science, there are synthetic human growth hormones that can be injected in a person. It is always beneficial if the treatment is started as early as possible to have positive results. This growth hormone therapy is injections given daily.

Before the treatment, various diagnostic tests may be recommended and performed.

There are some side effects of the treatment which include redness, hip pain, and headaches.

Following the steps of Lionel Messi, there are some tips one should abide by to treat GHD.

There should be more focus on a person’s diet and nutrition intake. Messi is the perfect role model to understand why fitness is important. Regular physical activity should be maintained. And needless to say, a lot of rest should be taken by patients who suffer from GHD.

And most importantly, a person diagnosed with GHD should not pull down their self-esteem. In the words of the heroic player Lionel Messi, remember that “You can overcome anything, if and only if you love something enough.”

Though treatment for GHD is available, if it is not applied correctly some complications related to the condition may arise with time. These include cardiovascular diseases, osteoporosis, mental health issues, obesity amongst others.

A Word From Credihealth

One of the major drawbacks of Growth Hormone Deficiency is that it results in a lack of motivation and increased fatigue. However, Lionel Messi proved that even a disorder could not hold him back from what he loved- playing football.

We, at Credihealth, believe that awareness and information are as important as action. To help patients with GHD, we have attempted to summarise the Lionel Messi Growth Hormone Deficiency Case.

Additionally, we have put basic and necessary information about the causes, symptoms, and treatment of this condition.

Also, read about the article: Female Hormones: How do they Effect Mood, Appetite and Libido?

Call +91-8010-994-994 and talk to Credi Medical Experts for FREE. Get assistance in choosing the right Doctor in India for your all health-related issues-

Previous Heart Surgery in Diabetics – Impact and Management
Next Medical Related Emergencies: 8 Reasons Why You Must Take A Loan