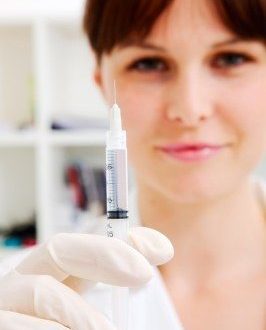 It is never too late to start on a baby’s vaccination schedule.

Children who have missed their initial shots can always start later. Those that had started with the initial vaccines but fell behind on schedule, will not have to start all over again. When there is a delay in starting with the vaccination schedule of an infant or having lagged behind, the pediatrician is to be consulted immediately. He will then suggest measures to cope up with the immunization program.

However, do not purposefully postpone the vaccination schedule thinking that your child can always catch up later. For every period your child goes without a vaccine, he is more vulnerable to diseases that are preventable by them.

It is okay to miss a vaccine if the baby is running a fever or is sick from having more than a common cold.

The doctors themselves usually advise against vaccinating a child who is sick. The decision however, is made after the doctor examines the baby’s vital signs such as the pulse, breathing rate, heartbeat etc. The baby also has a good reason to miss a vaccine if he:

Some of the most popular vaccines are in fact combination vaccines; MMR, DTaP, HiB. In case a vaccine or a couple of vaccines have been missed, the pediatrician may suggest administrating the child with a combination vaccine instead of several different ones.

Maintaining a schedule card enables you to keep track of the vaccines the child has to be administered and also its relevant time period. This will thus help to determine the length of the period elapsed from a missed vaccine and will make the decision on re-scheduling easier.

Any vaccine given post the pre-determined time is called a catch-up vaccine. If one does not remember whether a particular vaccine has been administered or not and has no record to clarify doubts, it is advisable to go ahead and have the vaccine administered. Even if the vaccine may have been taken earlier, there are no side effects for vaccines that a child is already immune to.

Missing a vaccine may pose a potential long-term risk to the child’s health. Not vaccinating the baby also has social implications under certain circumstances. Hence, it is best to be up-to-date with your child’s vaccination schedule and maintain a complete record of it.