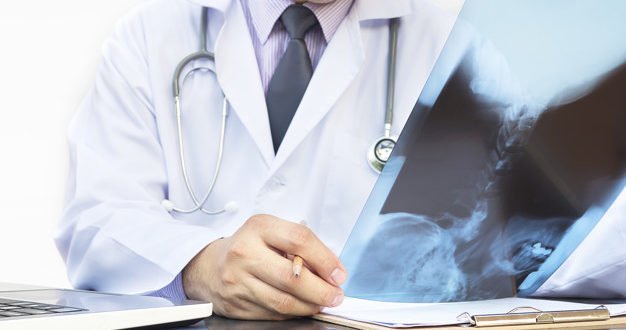 #CrediTalk: A Run-Through On Orthopedic Problems In India By Dr. Nipun Bajaj

If you are a young adult concerned about the health of your aging parents, we understand you would have doubts. You may spend hours on the internet looking for the right answers. Whether it is about the back pain your mother complained about or your father’s decreased range of motion while he plays with his grandchild or other orthopedic conditions.

Health conditions of joints, nerves, tendons, and ligaments are common among Indians. There is a vast pool of questions that pop up in our minds. So on behalf of the entire community, we set out to seek answers from the best in the healthcare industry.

We spoke with Dr. Nipun Bajaj from the renowned Apollo Spectra Hospitals. He is highly-sought after orthopedic and spine surgeon.

Take a look at what we implore with Dr. Nipun Bajaj.

Q1. There is a common misbelief that with regards to orthopedic problems, doctors directly suggest surgeries that create fear among patients? The belief is that other treatment options are not considered prior to surgery? Is it true?

Ans. Absolutely not. We, as doctors, provide the whole range of treatment options to the patient. In case a patient turns up at a stage when he/she is beyond a conservative stage where the patient requires surgery then we do not hesitate in offering them surgery. But in most cases, we offer them a range of options.

Like if a patient comes to us for a knee replacement and is already at Stage 3 of osteoarthritis. So this patient is not going to benefit merely from exercises, injections in the knee or physiotherapy. We straight away recommend them surgery.

At the same time, if a patient comes to us in the initial stages of osteoarthritis, there are options available that are much more important to consider than going directly for surgery. So this is a misbelief. There is a separate group of patients that require surgery.

For instance, if somebody has had an accident and has a broken bone, they will require surgery in most of the cases. Unless it can be managed by a plaster. So I do not subscribe to this view. Most doctors would not go for conservative surgical treatment unless it is the only option.

Q2. What are the success rates of orthopedic surgeries?

Ans. Success rates of orthopedic surgeries vary from surgery to surgery, patient to patient and condition to condition. If we look at the most commonly performed elective surgeries of orthopedics, one of them is joint replacement surgeries.

They have a success rate of well over 95%. By success rate, I mean that the patient becomes relatively pain-free. The rate of pain comes down by 80-90% in the first two and a half months of surgery.

Second is the capacity to move around. That is also significantly increased. But if we compare it to somebody who is 20 years younger or the same patient says that I want to be like 40 at the age of 60, that is not possible. There comes the role of counseling the patient regarding what to expect out of surgery and what not to expect.

Similarly, spine surgeries, whether it is a microdiscectomy or an endoscopic discectomy, nobody can ever make a body as good as God has made it. So it will only be a significant improvement in your present condition and not a full 100% recovery like you were before the disease.

Q3. The number of patients with musculoskeletal problems has been growing significantly in the recent past. What is it that we are doing wrong?

Ans. We are really poor at preventing injuries. It is true especially in India and most parts of the world. So the number of patients with musculoskeletal problems is definitely increasing. And the major chunk of it is due to injuries.

Injuries take place mostly on the roads or in other modes of transportation. India has a particularly poor performance track record as far as avoidance or prevention of road injuries are concerned.

One of our doctors, Dr. Rajshekaran has put a petition in the court seeking specific measures to reduce the incidence of injuries on the road. Other reasons are very personal. How we move around in the premises of our homes, the attitude we have towards sports like racing around in the gardens itself, so these things have to be prevented and it is a mass effort.

Each person has to be responsible for the prevention of injuries. Like wearing seatbelts, helmets, taking proper precautions and following traffic rules. Unless we do that, our incidence of musculoskeletal injuries is going to increase. Unfortunately, no doctor or single person can do anything about it.

Q4. What are the challenges faced by medical professionals in this field?

Ans. The major challenge we face is in educating the patient regarding the prevention of injuries, as first. Secondly, we have to balance the cost of surgery versus efficiency. There are certain techniques available that are relatively new which are showing superior results compared to the conventional surgeries but they come at a very high cost.

So we have to always maintain a balance between giving the best optimal treatment versus their financial condition.

In a poor country like India, I cannot say that this is the best for you so you go in for a really costly treatment to some patients who is a middle or lower-middle-income person. That is one of the challenges that we face. Knowing that I can give a better result by using this technique, I still have to settle considering the finances.

So if the government and the hospitals can come in with investment where we can reduce the cost of the latest technology and pass on the benefit to patients at a relatively lower cost, that would be great.

Q5. One of the most important treatment types is orthopedic treatments with respect to the global medical tourism market in India What makes India and particularly Apollo Spectra, the first-rate hospital in terms of this treatment?

Ans. I would rate Apollo as miles ahead of other hospitals. First of all India is a large pool of English speaking population. Right from the receptionist who greets you to the nurse who delivers your injection to the doctors who are treating you, everybody is very well-versed in English.

This language is spoken in most of countries like Europe, Africa, Middle East. So the language barrier is not there in India.

Secondly, we have a large pool of trained human resources. We are exporting doctors, nursing professionals and other technicians to the US, UK, Middle East. So why not coming to India itself?

Instead of us going there and giving you treatment. You come to us and we give you the best possible treatment at a fraction of a rate. So the prices compared to the US and other developed countries in India are very different.

Like something which is done for USD 25,000 in America or a similar amount in the UK or Europe, is being done here for nearly USD 5,000 or even less than that. So price advantage, no language barrier, expertise, equipped infrastructure and everything else is better. I think Apollo leads the bank in this regard.

Q6. According to a local study, orthopedic specialists are readily adopting and utilizing synthetic tapes for healing the immobilization of fractures. What are the benefits of these synthetic tapes? What is your approach here at Apollo?

Ans. Let me just simplify the question. The immobilization of fractures is done by plasters. Now plasters are traditionally being made of ‘Plaster of Paris’ embedded in a particular cotton sheet.

They are white in color and it’s a water-soluble material. There are certain disadvantages of the Plaster of Paris technique and the advantages of synthetic techniques.

The most common advantage of the latter is that it is not water-soluble so it lasts longer. It is stronger and lighter so it gives more support. The disadvantage is that it is not as movable as the POP technique and it is difficult to remove.

So with the Plaster of Paris, one would simply wash it with water and cut it off while the synthetic technique needs special equipment to cut off. But overall if you balance everything, the new synthetic tapes are significantly better. So we at Apollo are using synthetic tapes for fracture immobilization. In 90% of the cases, we use that.

Q7. What kind of disorders or diseases are you managing in recent times? Is it any different from before?

Ans. Absolutely. There has been a sea change in the kind and proportion of diseases or disorders over the last 10-15 years. Nearly a couple of decades ago, most of these used to be procedures that were endangering lives.

So life-saving procedures were much more. Now the shift is towards improving the quality of life.

Like total knee replacements were not being done in these numbers 10-15 years ago. People would simply accept that now that I am 60-65 years old, I will have a limited range of motion. Now even a 65-year-old person comes and says that he has a reduced range of motion and asks us to do something about it.

So the proportion of aware people who want a good quality of life even in their late 60s or 70s has gone up. Similar is the case with disability problems like back pains, disc problems. People, earlier, were very comfortable with these. They assumed that okay I have a disc problem, I will not be able to walk or sit for a long time.

But now they come to us for solutions saying that I want an active life. The proportion of patients who would earlier live with a moderate disability is now less compared to people who want these treatments done. So that way the proportion of quality of life-improving treatments has gone up significantly.

For a priority appointment or more information, contact us at +91 8010994994 or book an appointment with Dr. Nipun Bajaj here –

This write-up was contributed to Credihealth by Dr. Nipun Bajaj.

Dr. Nipun Bajaj is a Consultant – Orthopedics and Spine Surgery in Apollo Spectra Hospitals, Kailash Colony, New Delhi. He has vast experience of 9 years in his medical field.

Previous #CrediTalk: Gynaecological Misconceptions By Dr. Leena N Shreedhar
Next Systematic Health Checks You Should Consider In Your Thirties