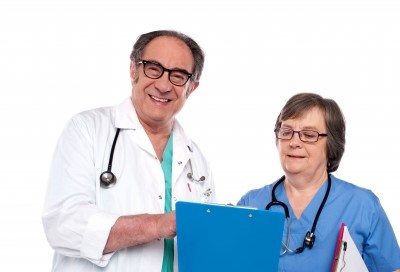 Pacemaker is a small instrument that is of the size of two silver dollars pasted together. The main function of the instrument is to transmit electrical impulses which keep the heart beating at regular speed. It consists of two main parts, an electric pulse generator and electrodes that transmit the pulses to the heart.

What are various types of pacemakers?

There are mainly three types of pacemakers. They are as follows:

These are of the following pacemaker types:

What are the indications for implantation of a pacemaker?

Irregular heartbeats and pain in the chest area caused by this irregular heart action call for pacemaker implantation. The condition is diagnosed by a doctor who then prescribes the procedure.

What does Pacemaker do?

The pacemaker keeps the heartbeat regular by creating and transmitting electric impulses at regular intervals of time. This compensates for the lack of electrical activity in the heart and keeps blood flow smooth.

How is a pacemaker inserted?

The pacemaker is inserted into the body under the collarbone through a simple pacemaker implantation procedure. The procedure involves local anesthesia of the patient after which the surgeon makes a three to four-inch incision in the upper chest area. The area underlying the skin is made into a pocket and is above a vein. The electrodes are sent down the vein to the heart’s inner walls and the battery/timer unit is monitored for inducing rhythm in the heart. Upon confirmation on the monitor, the timer unit is placed in the pocket and it is sealed.

What are the risks of pacemaker implantation?

There are very few risks for pacemaker implantation. These include:

What is the approximate cost of the pacemaker& the procedure of implantation?

The approximate pacemaker cost and that of the procedure of implantation ranges between INR 30, 000 to INR 1.60 Lacs depending upon the facility that is undertaken in course of the operation and the also depends much on the make of the pacemaker.

What is the duration of the procedure?

The procedure takes not more than two hours. It is simple and hassle-free and conducted under local anesthesia.

What should I expect during the Pacemaker implantation surgery?

You will be wheeled into the operation theatre and administered a local anaesthesia by an injection near the surgery point. A sense of sedation will overcome you but you will be aware of the surroundings. The pacemaker procedure takes a maximum of two hours and you can hear the procedure being monitored.

What should I expect after the Pacemaker implantation surgery?

What precautions should be taken after pacemaker implantation?

After pacemaker implantation, patients can undertake all electrical appliance based work at home and in office. But they should be extra careful when entering areas with magnetic fields as the presence of magnetic field might hinder the activity of the timer unit. Stay away from electromagnetic detectors, scanning machines, and laser instruments.

For how long can one pacemaker stay in my body? Will it hamper my daily life?

A pacemaker can stay for a lifetime and need not be replaced or readjusted once implanted. Its presence does not hamper normal activities in daily life.