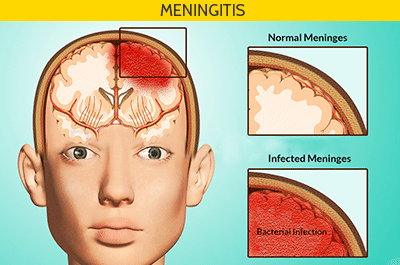 Symptoms of Meningitis: Meningitis represents the swelling of the membranes of the brain and spinal cord. Meningitis can be caused by variety of pathogens like viruses, fungi or bacteria. Most of the times, meningitis is caused by bacteria and viruses. A neurologist has to be consulted if you experience any of the below mentioned signs or symptoms of meningitis. 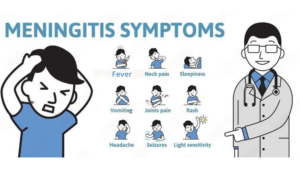 Meningitis is characterised by these early signs. Since it is a deadly infection, immediate medical attention should be sought in case any of the given signs appear in an individual:

If the early signs of Meningitis are not taken care of, then it may manifest into one or more of the following symptoms of meningitis