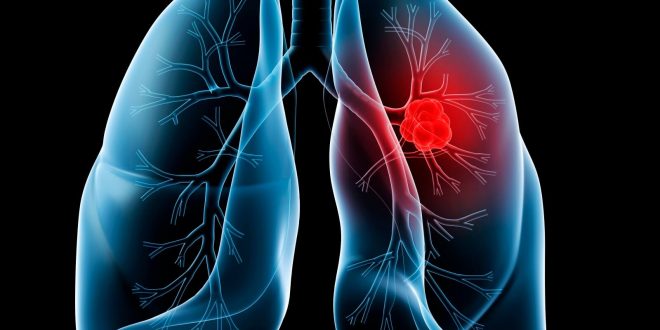 Lung cancer is one of the most common cancers affecting both men and women and the numbers have risen in the recent times. Although smoking contributes significantly towards it, multiple other risk factors such as occupational hazards and exposure to air borne chemicals, air pollutants, certain dietary components that might lead to increased incidence of lung cancer. It is advised that any ailment that impedes proper breathing should be shown to a pulmonologist for follow-up diagnosis, treatment plan and other queries.

Just anyone can get lung cancer
While cigarette smoking seems to be the obvious cause, it happens as a combination of multiple factors. Non-smokers also bear high risk of contracting lung cancer which includes exposure to various air borne chemicals and air pollutants like asbestos, industrial chemicals, secondhand smoke, pollutants in the air.

It is good to know about warning signs
While not all symptoms might confirm lung cancer, it is good to seek an expert opinion if symptoms like:

Show up and warrant immediate follow up with a pulmonologist.

CT screenings can save lives
Once the physician suspects of any minor chances of the patient having lung cancer, he would advise a CT scan. Low dose CT scans help I early diagnosis of cancer unlike recently when there were no good screening tests to confirm lung cancer.

New therapies show promise
Targeted therapies are a reality now and may now be as effective as and with lesser side effects than a standard chemotherapy procedure. These therapies aim to target the cancerous cells without affecting the neighboring healthy cells, thereby causing minimal side effects. These targeted therapies work on the principle of identifying the genetic mutation that happen in lung cancer patients and then addressing them specifically, rather than generically.

It’s never too late to kick the butt
Smoking contributes largely towards increasing the risk of developing cancer in lungs. For those who have been smoking actively, deciding to quit can reduce their chances of getting lung cancer drastically.
However, quitting smoking is easier said than done since nicotine is addictive and while there are various formulations available to address the weaning off phase, the patient can follow the principle of four D’s: