Wilms Tumour affects the kidneys in a child, but originates in only one of them. Also known as Nephroblastoma, it is believed to develop right when the foetus itself is developing inside its mother’s womb. Due to some genetic malfunction, some cells form a tumour in the kidney, leading to its malfunctioning.

Before the tumour originates in a child, the child very often leads a normal life without showing any signs of having cancer. Their diet is normal, as is their behaviour and physical appearance. The tumour often grows a considerable size before it’s discovered – with the average size of a Wilms Tumour being 1 pound. For those suffering from it, symptoms may include stomach pain, high blood pressure, nausea and loss of appetite. Even though these tumours are large in size, they generally do not spread to other parts of the body, which makes it easier to treat them.

Instance of Wilms Tumour being hereditary are unheard of.

But this is not to be confused with genetic factors (birth defect syndromes, Beckwith-Wiedemann syndrome, Denys-Drash syndrome) because they can go on to increase the probability of developing the disease.

Children who have higher chances of having Wilms Tumour ought to be checked for it via ultrasounds every 3 months until they reach the age of 7. Those at even higher risk might have to get checked regularly till they’re older.

What kind of treatment the child has to go through depends on various factors. The most important factor is the stage at which the cancer is during the time of diagnosis, along with the condition of the cancer cells. When the condition of the cells is deemed “favourable” then the chances of a cure become good. However, those with an “unfavourable” history are difficult to cure, hence leaving the chances of getting cured at the bare minimum.

Fortunately, 95% of all diagnosed cases of Wilms Tumor have shown to have a “favourable” condition of the cancer cells.

Staging is done by doctors to determine the extent of the tumour, as well as letting the patient know the best course of the treatment. More often than not, surgery is the answer to Wilms Tumour where the surgeons try to get rid of as much of the cancerous tumour as possible, while simultaneously trying to preserve the healthy kidney tissue.

Chemotherapy is also used (it is administered either through the mouth, veins or spinal fluid), while advanced cases of Wilms Tumour resort to radiation therapy (which uses high energy beams to kill only the cancer cells all over the body).

Depending upon the kind of treatment the child went through, the after surgery care will vary from child to child. However, for most children the treatment is never intensive which means that they have very few restrictions on themselves.

But even after surgery, parents must be on the lookout for symptoms like nausea, vomiting, and fever, because that would mean an immediate trip to the doctor. 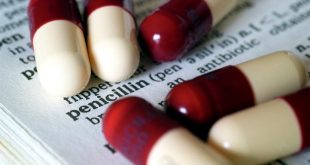 As the study of medicines takes a giant leap every day, an equal if not …