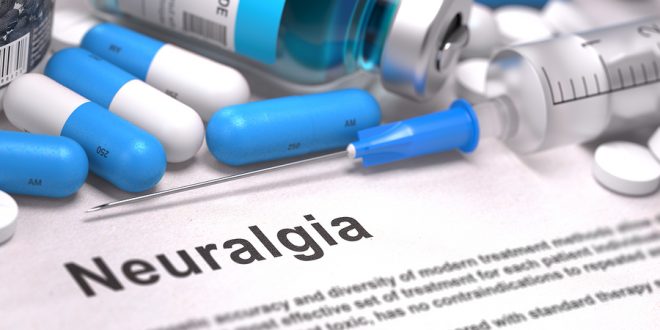 Trigeminal neuralgia is a chronic pain condition that severely affects the trigeminal nerve, which is responsible for carrying sensation from your face to your brain.

Trigeminal neuralgia is a chronic pain condition that severely affects the trigeminal nerve, which is responsible for carrying sensation from your face to your brain. If a person has TN, even mild movement of the face may trigger a jolt of extreme pain. This facial nerve disorder causes searing, electric-shock-like facial pains, which mostly involves the lower face and jaw, but one can find symptoms near the nose, ears, eyes or lips. Many neurologists say trigeminal neuralgia is the most unbearably painful human condition.

Non-Nociceptive Pain: It is also called neuropathic pain which arises from within the nervous system itself. The pain is not related to activation of pain receptor cells in any part of the body. People often refer to it as a pinched nerve. The nerve itself is responsible for sending pain messages either because it is damaged or irritated.

The human face has two trigeminal nerves, one on each side. Each nerve further breaks down into three branches which send sensations of pain and touch from the face, mouth, and teeth to the brain.

If your primary care physician believes the symptoms indicate trigeminal neuralgia then the patient’s face will be examined more carefully to determine exactly which parts are affected.

MRI (magnetic resonance imaging scan) – this procedure create images of the inside of the patient’s brain and the trigeminal nerve by using uses a strong magnetic field and radio waves – it can help the doctor determine whether the neuralgia is caused by another condition, such as multiple sclerosis or a tumour. Unless a tumour or multiple sclerosis is the cause, the MRI will rarely reveal why the nerve is being irritated.

Approximately 1 in every 15,000 people is diagnosed from TN. It is thought to affect about one million people worldwide.

It was once labelled the “suicide disease” because of the significant numbers of people taking their own lives before effective treatments were discovered.

Call +91-8010-994-994 and talk to Credi Medical Experts for FREE. Get assistance in choosing the right specialist, compare treatment cost from various hospitals and get support in managing other hospital processes.

Previous Fertility Treatments and Ovarian Cancer Link
Next Sexually active? You need to know about this Silent Virus – HPV