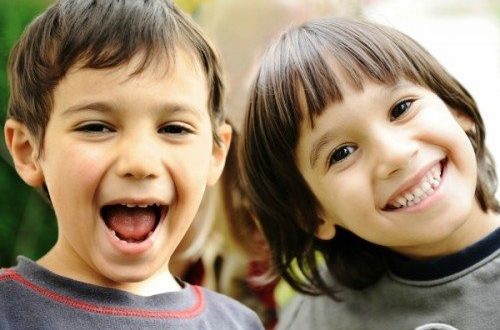 Wilms’ tumor is a kind of kidney cancer, which was named after Dr. Max Wilms, the man who first described it. It is thought to come from specialised cells in the embryo, called metanephric blastema, which are involved in the development of a child’s kidneys while they are still in the womb. The cells usually disappear at around birth but in many children with Wilms’ tumor, the cells can be found.

In most children, the causes of this tumor are unknown. It is very rare that people who develop Wilms’ tumor have other specific conditions which are present at birth, including the lack of an iris in the eye, abnormalities of the genitals as well as a condition where one side of the body is slightly larger than the other.

The most common symptom is a painless swollen abdomen. Sometimes you may also feel a lump in the abdomen, which can be quite large in size. Other times, the tumor may bleed a little, irritating the kidney and causing pain. There may also be blood in your child’s urine, or their blood pressure may be high. The child can also have a high temperature, upset stomach, sudden weight loss or a loss of appetite.

Unlike most other cancers, Wilms a tumor does not generally affect a child’s health even when it becomes very large. The size of a tumor is four times larger than a kidney of an average three-year-old. Though large, the Wilms’ tumor cells do not have a tendency to spread quickly. Most are found during children’s annual physical check-ups when the doctor touches the child’s stomach area, right above the navel.

Once Wilms tumor is detected, tests are done to determine the limit to which the cancer cells have spread to the surrounding tissues or even to other portions of the body. This process is called staging cancer. It is an important step because it helps the doctor understand and recommend the most effective treatment

Treatment depends on a number of factors, which include how the cells appear under the microscope (this is called histology) as well as the stage of the tumor. The treatment may include chemotherapy, surgery or radiotherapy.

Most children with Wilms’ tumor undergo surgery. Initially, this might only involve taking a small number of cells from the tumor to confirm the diagnosis. This process is called a biopsy and is done under a general anaesthetic via a needle inserted through the skin. Apart from very young children (under the age of six months), most children receive chemotherapy before having a bigger operation to remove the remaining tumor. The operation generally involves removing the entire affected kidney.

Based on the result of the biopsy as well as after examining the entire tumor under the microscope, the Wilms’ tumors can be divided into a number of groups based on how those tumors are likely to behave. The majority of tumors are known as standard risk, with the low-risk tumors requiring lesser treatment than standard risk tumors.

Previous How serious is Thalassemia in children?
Next Germ Cell Tumours in Children