How many stages are there in breast cancer? 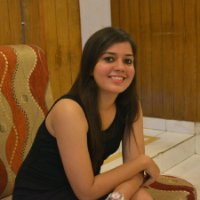 Cancer stage is based on four characteristics:

You also may see or hear certain words used to describe the stage of the breast cancer:
Local: The cancer is confined within the breast.
Regional: The lymph nodes, primarily those in the armpit, are involved.
Distant: The cancer is found in other parts of the body as well.
Sometimes doctors use the term “locally advanced” or “regionally advanced” to refer to large tumours that involve the breast skin, underlying chest structures, changes to the breast's shape, and lymph node enlargement that is visible or that your doctor can feel during an exam.

Sir a tumour grows on my anus and pus cell come out from it after 5-6days regularly. What to do now? Is it cancer. I am afraid of it. Plz tell me

no. itz not cancer it may be piles.

What are the risks of having veiny breasts?

Do you have a blue vein in your breast? If so, it may be nothing but a cosmetic problem. In most of the cases are harmless and tend to fade by themselves. Sometimes, however, blue veins in breasts can indicate the presence of an underlying medical condition. It is normal for you to worry if you not....

Is Garcia Cambogia safe if had breast cancer and in remission?

Yes…!! It is safe for health. This fruit looks like a small pumpkin and is green to pale yellow in colour. It is one of the most popular natural diet supplements. It contains Hydroxy citric acid (HCA) that is obtained from its rind and it is capable of burning fats much faster than other supple....