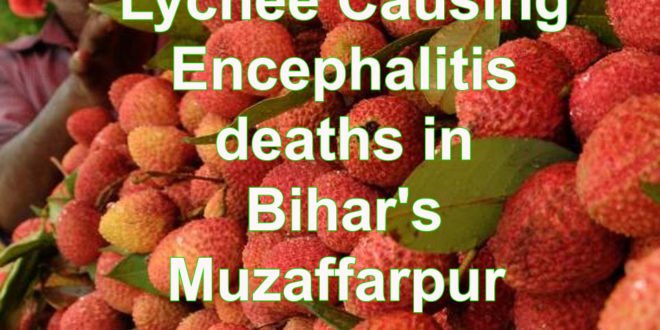 Nearly 31 children have succumbed to death due to Acute Encephalitis Syndrome(AES) in Muzaffarpur district of Bihar. These figures are for the month of June so far. A total of 109 people have been admitted due to AES in the year 2019. Acute Encephalitis Syndrome is characterized by the onset of acute fever and a change in neurological expressions. It is a major public health issue in India.

Acute Encephalitis Syndrome is a seasonal disease. It mostly spreads every year in the summertime ahead of rainfall. In 2014, approximately 91 children died because of this disease.

This disease wreaks havoc especially in the season of litchi fruit. Muzaffarpur, Bihar is the largest litchi cultivation region in India. It has been recognized that malnourished children, who frequently visit areas of litchi cultivation are more prone to the attack of AES.

According to statistics, about 3 children had died due to AES from January to June 2nd, 2019. While about 13 patients were admitted during that time. In the last one week, 48 patients were diagnosed with AES, out of which, 14 people have died.

What is Acute Encephalitis Syndrome? 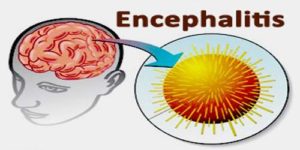 Encephalitis is the inflammation of the brain. Acute Encephalitis Syndrome is a viral infection. It is a group of clinical conditions that cause neurological changes.

This is caused by a wide range of viruses, bacteria, fungus, and parasites. Geographical factors play an important role in the dawning of AES.

Acute Encephalitis Syndrome is a medical and neurological emergency. It requires immediate life-support.

How is Acute Encephalitis Syndrome Spread?

AES is transmitted by mosquitoes. The outbreak of Acute Encephalitis Syndrome occurs mostly ahead of monsoon. During this period, the density of mosquitoes increases rapidly.

What Are the Signs And Symptoms?

The early symptoms of AES are identified by high fever and nausea. In most cases, seizures have also been recognized as a sign of AES.

A change in neurological demonstration also happens to those affected by AES. Patients of AES require urgent diagnosis and treatment because this is a life-threatening disease.

Apart from the above, the following is a set of other AES symptoms:

How is Acute Encephalitis Syndrome Diagnosed?

The Union Ministry of Health and Family Welfare has made a high-level team of medical experts for aid in the area. For the diagnosis of AES, the doctor would conduct the process of primary health investigations, lumbar puncture, neuroimaging tests, blood tests among others.

What is the Possible Treatment of AES?

The only effective solution for AES is vaccination. Vaccinations are the long-term answer. Vaccines for this illness are currently under development.

What is the Prevention And Management of AES?

The management of this disease requires the care of Child Neurologist (Or book appointment with the best Encephalitis Doctors in India). The fundamental task of the doctors is to manage the condition of Acute Encephalitis Syndrome in a patient. Antiviral drugs and antibiotics are used by doctors to relieve the symptoms of AES. The paramount step is to check and control airway management in the patient.