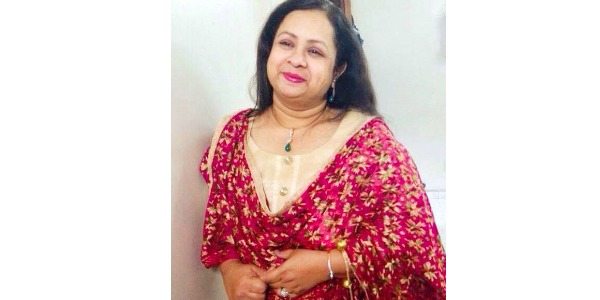 A mother’s story through her daughter’s eyes

A 22 year old gorgeous young lady, a tutor, a theatre actress, a fiercely independent force of nature. When she turned 23, she lost the man of her life, her dear father, a 49 year old flourishing dramatist and writer. A man loved by so many, left behind him 3 young children and his beautiful wife. They were distraught but the love they shared could light up a whole town. This young lady started tutoring, worked long hours and supported her family. Everyone in the family did their bit. Eventually she got married and had a daughter.

She could feel a lump in her chest, something that wasn’t present the day before. But I told you she was fierce, didn’t I? Within a few hours, she got tested, she was diagnosed with breast cancer, and within a week, she got operated. When she went into the operation theatre, the doctor was not sure about the severity of her growth.

However she pleaded to the doctor:

“please save my life, I want to live for my daughter, she’s only in 8th grade, she needs her mother.”

8 hours later she woke up and asked the doctor “am I going to live”? And he said “yes ma’am you were very fortunate, your cancer did not spread, stage 1, you’ll live.” However there was a catch, she did not tell her daughter about the cancer. She couldn’t put her child through that. Only four people knew, her siblings and her husband’s siblings. She couldn’t put her mother and mother in law through pain. Even in her suffering, she put others before her.

This led to 2 things, firstly, she refused chemotherapy and opted for high relentless doses of radiation, secondly, after coming home from radiation she had to broom the burned skin that peeled off from her chest, leaving her flesh bare, from the ground so her daughter wouldn’t find out and immediately after, went to pick her up from school and classes. One such day, she couldn’t find the energy to drive, so she went by rickshaw, her daughter, a little 12 year old, felt embarrassed and asked her mother why she did that, to which the woman broke down in silent soft sobs.

2 years later, she had to get her ovaries removed after taking 15 palm sized injections in her stomach to stop estrogen function as precaution, so she became even more fragile and weak. One day, she couldn’t find the energy to go shopping with her, so the daughter stormed off and felt perplexed as to why her mother didn’t want to spend time with her. When the daughter got home, the mother revealed her battle with cancer and put forth the reports and scans. The little girl was devastated. All her mother wanted was for her to study and be happy. Scoring a 95% in her board exams felt like redemption.

In 2012, 2 years later, the woman had to get her gall bladder removed along with her hernia.

So when you picture this woman what do you see? A crippled, weak, ailing woman in bed? Hell no. MY MOTHER is anything but that. She can still light up a whole town. During her battle with cancer she has traveled the world from USA to South India. She’s attended weddings, birthdays and almost every social gathering that interested her. She is the prettiest, funniest and liveliest woman I know. A fighter, a survivor, a lioness.

The purpose of this story? Awareness yes. But what of? Yes we all know the types, the prognosis, the statistics about cancer. A pink ribbon that you DP and information from Google that you share. What we sometimes neglect are the causes. My mother has never had a drop of alcohol in her system, a healthy young woman who exercised and lived her life just like you and me.

Stress. She experienced unsurmountable amount of stress. Some people are affected by stress more than others, it’s a part of their personality, but as individuals can we not be a little compassionate? Every individual makes a difference. We live in a society. People need people, can’t we be a little more aware of how we influence and affect those around us? Someone visited my mother and told her “think positively about cancer, thank god that you got it, if not you then who?” Are u kidding me? Thank god for cancer? Really? Some pass snide remarks about obesity, weight loss, not being able to attend all social events and exercise despite being fully aware of her condition. They say cancer kills mentally first and then physically. A woman who has never thrown a tantrum about her problems, doesn’t she deserve some time to come around?

Spreading awareness is so important but so is spreading kindness and compassion.

That will actually make a difference. Nobody chooses to be overweight, have a red nose or get cancer. It’s difficult and cruel and nothing short of hell, and no, being positive doesn’t sedate the pain. So the next time you meet someone who is suffering, please give them support and not advise, unless you are a doctor because you don’t know what they are going through.

Not everyone is strong enough to laugh it off or take it in their stride. For instance if someone is struggling with their weight, please do not gloat about how many kilos your already thin body shredded. There is so much to talk about. If somebody is depressed, please do not disrespect their problems by calling them trivial and asking them to suck it up.

We are all fighting our battles.

So if someone asks you “what makes your problems bigger than everyone else’s?” Tell them proudly “because they’re mine”. Spread love, and if you truly want to make a difference, honour people, share their stories of courage. While the battles of Caitlyn Jenner and Taylor Swift’s mother are privileged to be acknowledged, millions of stories remain silent. I honour my mother today. It’s 2015, she’s been declared cancer free. She is beautiful. She is fiery. She is hail and hearty. Be nice to people. It truly does make a difference. Mrs. Anisha Jasmine Ajmera, you truly are my hero. I might not always say it, but everything I am today, I am because of you. Our world could definitely use a lot more compassion, encouragement, support and kindness.

Thank you Niyati for sharing your mom’s story of courage and survival.