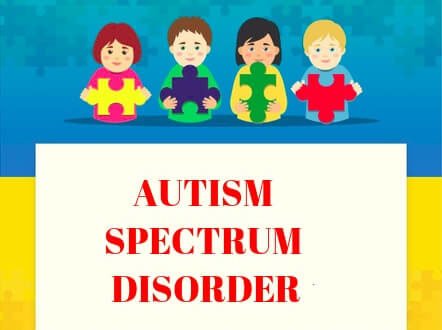 There are a lot of aspects to autism spectrum disorder (ASD) that need to be addressed. One such aspect is sleep. Approximately 40% to 80% of children diagnosed with ASD also have trouble with sleep disorders. Here, we are going to look at some common challenges and what you can do to help your child get a good night’s rest.

One of the first things that parents of children with autism spectrum disorder might notice is that they have trouble falling asleep. This can come from a lack of sleepiness when bedtime roles around. There are a few things that parents can do to help their children fall asleep.

For one, naps can be a bad idea if scheduled for late in the afternoon. This can make it so children are energized when it comes time to sleep. If your child is still young enough that daily naps are part of their schedule, keep them in the early afternoon so they don’t interfere with the sleep cycle.

Another way to keep the sleep-wake schedule on track is to make sure your child gets plenty of exercise during the day. This, once again, has to be balanced. Exercising in the morning or afternoon by playing outside is a great way to encourage deeper sleep. However, running around right before bed can make children more awake by not allowing them time to wind down.

Parents should also be careful of caffeine around bedtime. At this juncture, it’s important to remember that the usual culprits – coffee and soda – aren’t the only sources of caffeine. Certain teas and junk food can contain caffeine as well.

Everyone’s body has what’s called a circadian rhythm. This is more commonly referred to as the sleep-wake cycle and it’s what helps most of us feel tired at night and wake up in the morning.

For children with autism spectrum disorder, an important part of keeping this rhythm is staying on schedule. Schedules are extremely important to individuals with ASD. One way to do this is to build an effective routine to follow each night.

This routine may vary from child to child. After all, everyone is different and has different needs. A good rule to start with is to switch gears from stimulating activities – such as watching television or playing on the computer – to calmer ones such as reading or drawing at least an hour before bed. At this point, “rough” play like wrestling should be halted around this time as well.

When it’s about a half hour before bedtime, it’s a good idea to start the “getting ready for bed” routine itself. For instance, brushing their teeth or story time should be scheduled to happen at the same time each night.

It’s also important to keep this schedule consistent. It probably won’t work to have a different schedule throughout the week only to have it changed each weekend. It’ll be more effective to keep weekend and weekday schedules the same.

A prevalent problem for individuals with autism spectrum disorder is sensory overload. This comes from an excess of stimuli in the environment. So, the best way to combat it is to reduce sensory input.

The room your child sleeps in should be kept at a comfortable temperature and dark. If a nightlight is necessary, it should be rather dim instead of a spot of intense brightness. The room should also be quiet to reduce audio sensory input as well.

A product that helps many children with ASD is a weighted blanket. These do well at reducing anxiety. This has been tested with adults too. In the Journal of Occupational Therapy in Mental Health, individuals were given weighted blankets. For 33%, this showed lower electrodermal activity and, overall, 78% of individuals in the study preferred sleeping with the weighted blanket as a “calming modality.”

Bedtime can be a challenging part of the day for children with autism spectrum disorder and their parents. With these tips, sleeping comfortable can be a much easier feat.

This write-up was contributed to Credihealth by Annabelle Carter.

Annabelle Carter Short writes for several health publications with a specific interest in brain health. She also works with few organizations to provide families with the best resources for raising and educating a child with ASD. When not working, she’s spending time with her family or putting pen to paper for her own personal pursuits. Annabelle is a mother and she loves sewing and making crafts with her children.