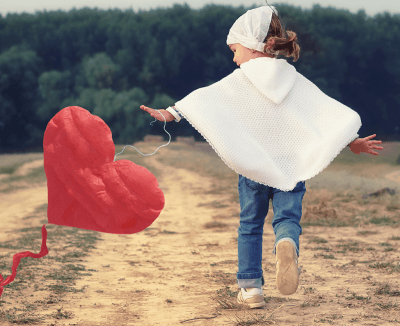 Everything you need to know about Cardiac Arrhythmia

What is Cardiac Arrhythmia and what triggers the condition?

Cardiac Arrhythmia stands for a cardiac ailment that leads to an irregular heartbeat. It occurs when the electrical signals that control the heartbeat are delayed or blocked.

This condition can occur for various reasons including stress, alcohol or drug abuse and even excessive consumption of caffeine. Some common symptoms of Cardiac Arrhythmia include palpitations. One may feel the heart beating faster while exercising, after consuming caffeine and sometimes during exercise.

There are 4 common kinds of Cardiac Arrhythmia:

1. Premature Arrhythmia: One may feel a fluttering sensation in the chest or skipping of a beat. This is the most common type of arrhythmia and is often harmless.

2. Supraventricular Tachycardias: This stands for a fast heart rate and starts in the atria or atrioventricular (AV) node. One may feel a pounding sensation in the heart and shortness of breath.

4. Bradycardia: This occurs when heartbeat is abnormally slow. With less blood reaching the heart, it can cause one to pass out. This condition can be easily corrected with the help of a pacemaker.

A few tests can be administered to diagnose Cardiac Arrhythmia. These include:

While most arrhythmias are considered harmless that do not require treatment, sometimes, the patient might require medication. The doctor may also advise to avoid caffeine alcohol, tobacco, specific medications etc. Another great way to manage ones risk factors to stay active. One should try and control high blood pressure, keep a check on cholesterol levels, loose weight (if one is overweight) and have a good exercise routine.

Medicines: Doctors may prescribe certain anti-arrhythmic drugs to prevent the condition in the future and to regularize the heartbeat.

Procedures: Implantation of Pacemakers and cardiac defibrillators is often considered a safe option for those who are severely affected by the condition. Some doctors also occasionally resort to surgical methods to remove the malfunctioning tissues of the heart.

Lifestyle Changes: The condition and severity of the condition can vary from case to case, but what one can do to avoid this problem altogether is to lead a healthy, active lifestyle and ensure that your body and your heart function in an optimal condition.

This write-up was contributed to Credihealth by:

Dr.Amit Mittal,  Senior Consultant in the Department of Cardiology at Indraprastha Apollo Hospital in New Delhi.

Dr. Amit Mittal is an Interventional Cardiologist at the Indraprastha Apollo Hospital, New Delhi. He completed his MBBS from the University of Delhi and went on to finish his MD & DM from GB Pant Hospital, where he later served as a faculty member for 6 months. His speciality lies in many procedures including coronary and peripheral interventions, along with pacemaker implantation.
Previous Importance of Balanced Diet for Cancer Patients
Next Does Your Baby Have Diarrhea?