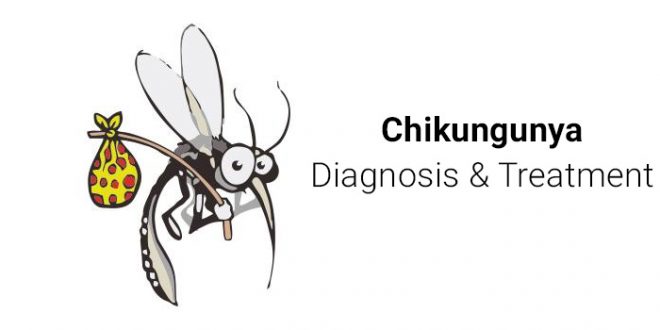 How Is Chikungunya Diagnosed & Treated?

Chikungunya has been quite commonly spread infection in the last few years with about 40,000 cases reported in India alone. People affected by Chikungunya, often, have symptoms like joint pain, rashes and/or fever. There is no exact cure or vaccinations for the disease but with proper medication, one can get relieffor the symptoms. Before we delve into the chikungunya diagnosis, let us first understand the symptoms of Chikungunya.

When a person contracts the virus, the disease manifests itself only after 3-5 days after the mosquito bite. Most commonly, the symptoms of Chikungunya are as follows:

Usually, the infected person feels better within a week but in certain cases, joint pains have known to persist for longer periods, even months. In rare cases, people infected by the Chikungunya virus also complain of eye problems, inflammation of the liver, kidney, heart, nerves, and such.

Also, read about: Is Chikungunya Contagious?

Newborn babies and older people are at higher risk of being infected along with heart patients, diabetic, or high Blood pressure patients.

If a person is suffering from high fever (103°F and above) for more than five days, has rashes and body pains, he should consult a doctor immediately. If the doctor suspects Chikungunya, he will advise blood test to the patient.

There are two kinds of tests to affirm the presence of Chikungunya virus in a person, namely:

Since the symptoms of Chikungunya is similar to Dengue or Zika fever and is also caused by the same mosquitoes, it is quite important for the doctor to conduct a blood test as soon as possible and rule out the possibility of Dengue or Zika, since they have a higher mortality rate.

There is no known cure or vaccine for the Chikungunya virus. The faster is the Chikungunya Diagnosis, the faster is the process of the doctors prescribing medicines that will help in relieving the symptoms. The fever usually goes off after a week but the joint pain persists in most cases, in some cases for months and in some cases, for over a year.

Upon detection, the doctor may prescribe either of the below-listed medicines to relieve fever, joint pain and rash. These medicines are available over the counter.

Apart from these medicines, the doctor will advise a lot of rest and plenty of fluids. And, in case of prolonged joint pain, physiotherapy is the best remedy.

How long does it take to recover from Chikungunya?

In usual cases, people suffering from Chikungunya recover as soon as the fever subsides but in certain cases, patients suffer from Chikungunya Arthritis and it takes anything between three months to one year for them to recover properly. Furthermore, it also depends upon the dietary habits and lifestyle of the person infected.

Prevention is better than Cure

In the case of Chikungunya, there is actually no cure. Thus, prevention is the best way. Avoid going to places that are already infected by the Chikungunya virus and minimize the contact with mosquitoes as they are the prime source of the infection transmission.

Also, one could eliminate the breeding of the mosquitoes by emptying the vessels where water gets stored in the open and attracts mosquitoes. One could stay indoors during the onset of monsoon when the mosquitoes multiply and transmit Chikungunya and other diseases.

Previous Try These 5 Exercises for Chikungunya Joint Pain Relief!
Next Bring Down Fever With These Natural Home Remedies