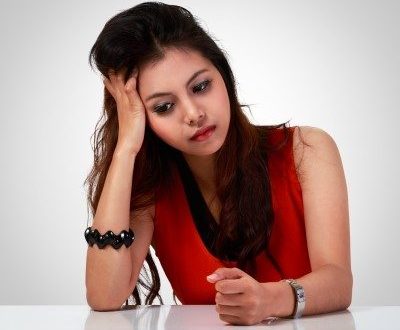 PCOS: What it does to a woman’s body

Polycystic Ovary Syndrome (PCOS) was termed after the visible change that the disorder brings in the ovaries of women affected by it, i.e. ovaries look like cysts. PCOS actually brings about a host of metabolic and endocrine changes in the body, essentially resulting from how it changes the body’s response to certain hormones.

Though the biggest indicators of PCOS is the overproduction of male hormones (androgens) or acne, the disorder also causes the following changes in the body:

Women with PCOS find hair loss to be among the most difficult symptom/effect of PCOS to deal with. The medical term for PCOS-related hair loss is androgenic alopecia, or the male-pattern baldness. It is a direct effect of the increase in levels of male hormones in the body due to PCOS. Testosterone level increases in PCOS, which is converted to Dihydrotestosterone (DHT) with the aid of the enzyme Type II 5-alpha reductase present in the oil glands of hair follicles. DHT binds to receptors in the scalp follicles, causing the follicles to shrink. Shrunken hair follicles are unable to support healthy hair, and this condition leads to hair fall.

The battle with weight gain can be a constant struggle for women with PCOS. According to WebMD.com, over six out of every ten women who have PCOS also deal with weight issues.

So how does PCOS lead to weight gain?

PCOS decreases the body’s ability to use the hormone insulin, which is responsible for converting sugar and starch from foods into energy. This condition is known as insulin resistance, and leads to accumulation of glucose and insulin in the bloodstream. High insulin levels in the blood cause overproduction of the male hormone (androgens). High levels of androgens in the body are responsible for weight gain, particularly around the abdomen, where men tend to put on weight.

For this reason, women with PCOS generally have an apple-shaped body. Other changes brought about by increased male hormones are acne, excess facial hair and irregular periods.

Abdominal fat is dangerous and increases the risk to other health conditions, such as:

These conditions together pose a risk of developing heart disease.

Some research has been conducted to understand the effects of PCOS on breast-feeding. A study by L Marasco et al. in 2000 was the first to reveal a possible connection between PCOS and low milk supply, and suggested various ways that PCOS could interfere with breast-feeding.

Another study also postulates that PCOS could interfere with the hormones required by the breast to develop milk-producing tissue.

Women with PCOS often face sleep-related problems, with the most serious of them being obstructive sleep apnoea. The muscles of the throat relax during sleep and air is unable to flow in and out of lungs causing the affected person to temporarily stop breathing while asleep. It is believed that male hormones influence the sleep receptors in brain that regulate breathing. It can be difficult to diagnose sleep apnoea as it occurs in a sleeping state and many women do not remember experiencing it.

Signs that may suggest a woman is affected by sleep apnoea are hypersomnia or feeling extremely sleepy during the day despite a good night’s rest, loud snoring, waking up at night due to difficulty breathing, waking up with dry mouth, sore throat or headaches and insomnia.

Women with PCOS also battle their susceptibility to stress, which is higher than other women without PCOS. This is due to a hormonally imbalanced condition of the body, and stress caused by PCOS can lead to further imbalance in the body. Stress sensitivity in women with PCOS can affect ovulation and cause difficulty in conceiving.