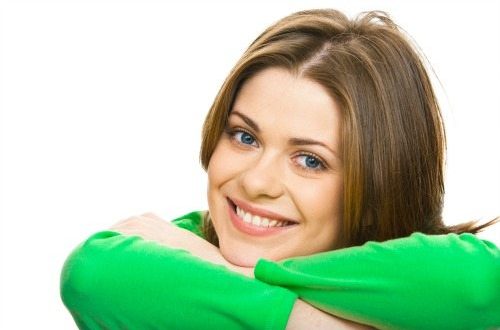 Hysterectomy may be performed as an open surgery (abdominal hysterectomy, most commonly done) or through a minimally invasive surgery such as the laparoscopic or robotic surgery.

Who needs a hysterectomy?

Large, symptomatic fibroids in the walls of the uterus (noncancerous tumours) are the most common conditions that necessitate hysterectomy. Endometriosis, gynaecological cancer, persistent or heavy vaginal bleeding, chronic pelvic pain or uterine prolapses are other reasons for a hysterectomy. The procedure may also lead to removal of one or both of the ovaries and fallopian tubes, depending on the patient’s condition.

What is laparoscopic hysterectomy?

A laparoscopic hysterectomy is a minimally invasive surgical procedure that removes the uterus through a small incision in the abdomen. A tiny camera is inserted through it and the entire surgery is performed by watching images captured by the camera on to a screen.  Two or three separate incisions in the lower abdomen allow specialized instruments to be inserted the pelvic region to facilitate the removal of uterus. The surgery is carried out under the effect of a general anaesthetic. The patient may be able to go home in the first 24 hours after surgery, or may need to stay in the hospital for one to three days, depending on her condition.

Removal of ovaries during hysterectomy might be recommended if the patient’s family has a history of ovarian cancer or the doctor identifies abnormal growth in the ovaries.

Patients can opt to leave the cervix in place (laparoscopic supra-cervical hysterectomy) or remove the cervix along with the uterus (total laparoscopic hysterectomy). However, in case of prior history of pre-cancerous changes in cervix and uterine lining, or if the patient is undergoing the surgery to treat endometriosis, the doctor will recommend removal of the cervix as well.

A laparoscopic hysterectomy is most commonly used to treat fibroids or abnormal uterine bleeding. It is, however, avoided if the patient has previously undergone surgeries in her lower abdomen, is diagnosed with gynaecological cancer, or if the uterus size is bigger than a four-month pregnancy.

What are the preparatory tests and investigations done prior to the surgery?

Before scheduling a laparoscopic hysterectomy procedure, the surgeon will refer the patient to a general practitioner to ascertain current medical status, and identify any condition that may interfere with the surgical procedure and recovery thereafter. A detailed physical examination that includes medical history will ensure the patient’s readiness towards the surgery.

What can one expect after the surgery?

The effects of the general anaesthesia (drowsiness, impaired judgement) are short lasting and will disappear after a day or two. Patients will have two to four scars in different parts of the abdomen from the incisions during surgery. Some stitches and glue will dissolve by themselves, while other stitches, staples and clips will require removal at the hospital about a week after the operation.

What precautions or steps are necessary after laparoscopic hysterectomy?

In comparison to open hysterectomy that requires a single three to six inch incision, laparoscopic hysterectomy is minimally invasive and is carried out through few small incisions. As a result, there is less blood loss, less scarring and less post-operative pain. Recovery period for a laparoscopic procedure is one to two weeks.

Common painkillers like ibuprofen and narcotic pain medication can tackle post-operative discomfort in the initial few days. Patients may be able to return to work one week after surgery; however, physically demanding work must be avoided for two to three weeks post the surgery.

In case the cervix was not removed during the laparoscopic surgery, the patient will be required to routinely undergo screening (smears), while removal of ovaries might necessitate hormone replacement therapy (HRT). Discussions with the gynaecologist can chart the best way forward.

Previous Skin Cancer: How do I know if I have it?
Next Piles: Need a quick fix?