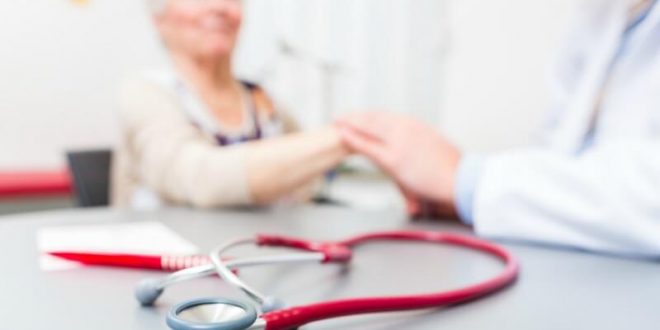 What is a Pacemaker? What is Pacemaker Implantation or Pacemaker Surgery?

Pacemaker is a small instrument, its size being no bigger than a 5 rupee coin. The instrument transmits electrical impulses to the heart so that it keeps the heart beating at regular speed. It consists of two main parts, an electric pulse generator and electrodes that transmit the pulses to the heart.
A Pacemaker Surgery is done to implant a pacemaker to help control the heartbeat.

Who needs a Pacemaker?

Pacemaker is a device required by cardiac patients to correct problems of irregular heartbeat and sick sinus syndrome. Additionally, if they have been prescribed Beta blocker; if their brains don’t get enough blood flow, if they have long QT syndrome or have had a heart transplant or suffer from certain coronary heart diseases- among a few other reasons; they would be advised a pacemaker implantation. Modern day Pacemakers are also implanted for low heart rate- 35 or less, if there is a conduction defect, ejection fraction is low, or for those with ischemic arteries.

Some of the common signs pointing towards the need for a pacemaker include,

How is Pacemaker Implantation done?

Pacemaker is implanted through a surgical procedure, which can be performed under both general and local anesthesia. It is a quick procedure with a short recovery time.

Even though it is not considered a serious procedure with complications, one should know how the implantation works. A small battery is implanted over the right or left side of chest by making a small incision of 3 cm. Then the battery and the wire are inserted inside and connected to the heart. The incision is then sutured- the whole procedure taking about 45 minutes to an hour and a half.

What is the recovery period? What precautions to take after pacemaker implantation?

A few days after the surgery, the patient should expect some pain, swelling, or tenderness in the area where the incision was made and where the pacemaker has been placed. The doctor would give medicines to deal with the pain, and one should keep in mind to not take any more medicines without consulting the doctor.

The first thing to remember after one has a pacemaker implanted, is that it needs moderating by the cardiologist every 3-6 months. This will also help the doctor understand whenever a battery change is required(on an average pacemaker batteries last for 5 to 8 years). In rare cases, the pacemaker sometimes malfunctions (it may not be able to control the heartbeat), or moves out of position- which may require a replacement.

The most important precaution to be taken is to limit wide movements of the arm on which pacemaker is implanted for about a month. The patient should also avoid running, climbing or hard activity for 12 weeks. Ideally, the patient should opt for moderate intensity exercise like bicycling.

Many people have misconceptions about pacemakers and what they can and cannot do after pacemaker implantation. Here are Some Common Myths:

If your cardiologist advises you to have a pacemaker installed, ask him or her questions about the procedure and take a second opinion if required.

Get estimated Cost of Pacemaker Implantation in India from Trusted Hospitals, FREE.

This write-up was contributed to Credihealth by:

Dr. Subhendu Mohanty is a Cardiologist at the Indraprastha Apollo Hospital, New Delhi. He completed his training from Christian Medical College, Vellore. He then went on to contribute to the institution as a member of the faculty and later moved on to the Govind Ballabh Pant institute of Postgraduate Medical Education & Research. He has a vast experience in these hospitals in dealing with both pediatric and adult cases.
Dr. Mohanty has dealt with over 10,000 cases and is specialist in pacemaker implantation procedure, making him a valuable member of the Apollo Hospital.

Previous Nutrition for Babies: 6-9 months
Next How Can I Prevent Kidney Stones?