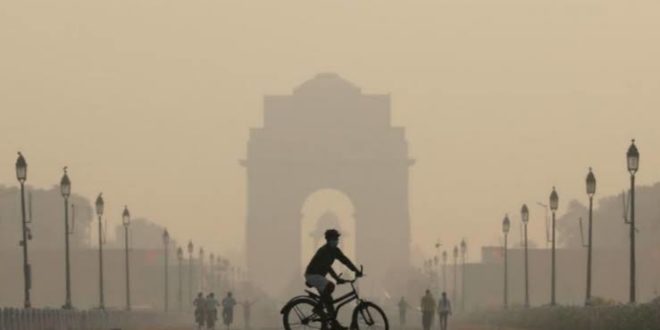 Explained: The Pay-Off of Firecrackers on Air Pollution

The sight of Delhi, post-Diwali, almost looks like an unfancy masquerade party – individuals with masks on and thick layers of smoke covering the atmosphere. Except the masks are for breathing and the smoke is smog.

Diwali has left with air pollution banging on our doors. Not that the festivities are entirely accountable for the toxic smog, but the addition of the smoke from firecrackers has been overwhelming.

Air pollution remains one of the biggest health epidemics, as it attributed to nearly 12.4 lakhs deaths in India in 2017, alone. It should, thus, be treated as a health crisis for the population. Dissecting the facts at hand, let’s view the situation of air pollution.

On the night of Diwali, i.e. 27th October 2019, the Air Quality Index (AQI) of Delhi recorded an all-time high at 999. It is not possible to record the levels beyond this number. If this high figure does not worry you, let us tell you that the prescribed limit is 60.

There was an estimated 16 fold increase in the air pollution level in the capital region. The numbers dropped significantly later on Monday morning. The AQI on the day after Diwali was noted at 306 (still a worrying number).

Despite extensive outcry on their hazardous effects, numerous people did burst firecrackers. A large section of the population tends to get sentimental and frames religious regard on this issue. To highlight the input of firecrackers to the current ‘severe’ quality of air, consider this –

An analysis conducted by The Centre for Science and Environment observed that the trends in PM2.5 levels were cleaner before this Diwali, as compared to last year. It simply means that we would see that after Diwali 2018, the air was much cleaner till Diwali 2019.

The factor that ascribes to this immediate dip in the quality of air, from ‘clean’ to ‘very poor’, is the bursting of firecrackers. The period of Diwali adds approximately 40 µg/m3 to PM 2.5 concentration. This number worsens the already existing severe air quality.

Stubble Burning as an Additional Factor

Delhi continues to be one of the most polluted cities in the world. Needless to say, there are various dangers of breathing this toxic air. The dangerous elements can have a wide range of unhealthy effects on a person’s health, especially their respiratory system.

Air pollution is a societal health issue that needs immediate and urgent solution. The above article aims at illuminating light on the aftermath of bursting fireworks.

Factors like stubble burning need political intervention but on an individual level, one can avoid infecting the air during festive seasons.

Check out our #FreedomFrom series for more updates on how to get rid of Pollution after Diwali.

For more information or FREE personalised guidance, speak to a Credihealth medical expert at +918010994994.