Our Moms Club members share their candid experiences of having a C-section.

I had a bit of bleeding just a day before. I had gone for normal delivery and changed many doctors in order to have normal. Finally, i got admitted in the hospital where the doctor does 96% normal cases. Till the end everything was going normal. The doctor had given me castor oil for 2 days and artificial pains were also given. But nothing happened.
As the doctor was about to leave she told my mom n mom-in-law that she’ll again give pains the next day, as I was exhausted. That moment I went for washroom, and as soon as I came from washroom, she checked me and decided to go for c-section immediately.

Within 5 minutes it was decided that I had to undergo the surgery as my baby has shit in stomach.

And within 15 minutes, he was in front of my eyes. I was cautious during the surgery. As they say – when time comes and how hard you try to make ways, you never know what happens the very next moment. Me and the baby were perfectly normal. I was in senses in just 2-3 hours. The baby’s eyes were wide open and a smile on his face when he was handed by the doctor. – Prerna Chopra Walia

I had a C-section delivery 20 days ago. I was battling between what procedure to opt for my delivery as I’m someone who has very little threshold for any kind of physical pain. Though I preferred a C-section, I was still preparing myself for normal. However, from the 9th month ultrasound – it was found that my baby had a loop of the cord around his neck. So the doctor suggested a C-section. I freaked out by the thought of surgery and didn’t sleep even a bit the previous night when I was admitted. I was just counting the hours to encounter the fear and pain of the procedure as well as the unconditional joy of meeting my little darling.
The next morning, while I was in the OT, they had to give me two shots of the spinal anaesthesia as the first one didn’t work on me. I wasn’t getting numb and that freaked me out even more – whether i’ll have to experience the pain of the surgery. You know all the wacky thoughts that could come into your mind when you encounter such unexpected situations.
However, the 2nd dose worked and they started with the surgery. They let my hubby into the OT just 5 minutes before they pulled out our darling. I held his hand tight and in the next 5 minutes, we had our lil bundle of joy pop out with a loud cry that relieved me of all the fear, anxiety, tension, everything.

I could say its like you’re experiencing a live miracle of God. I forgot every pain associated with the surgery pre n post. Though the first 2 days were a little bad because of the pain, but I felt I could manage it. And trust me, a person like me who runs away even from a blood test is saying that. But I made an attempt to move around the 2nd day onwards itself and that’s what helped me regain all my strength in no time. Today, 20 days post the delivery, I’m able to run around and do everything for my little baby boy. It wasn’t a horrific experience at all- not as much as I gauged and spent sleepless nights thinking about. – Christine Khushi Pradeep Thakur

People always say “normal” is best, no pain no gain… Aren’t people forgetting it’s not our choice.. The body does what it wants too. Its a major operation, which unlike any other minor or major operation, one doesn’t get to rest at all afterwards. With all the baby latching properly, eating boiled food, drinking boiled herbal water, somewhere we forget that we just went through a major surgery and have a scale long scar to show it for the rest of our lives. Here is to all proud C-section moms. I loved it when the doctors said smile for the camera – you had a baby girl!!! I felt like I could own the world at that time.  And nothing is similar to that feeling. – Winnie Bisht Arora

I was not at all prepared for a C-section. My EDD was 15/12, so I had not done any hospital packing either. On 23/11, I had been to Arijit Singh live concert and 24/11 morning, my baby was very much excited to come out dancing. In the morning, the doctor ruptured the sac and there came a big surprise.

I was advised an urgent C-section.

Since me and my hubby both are paediatricians, at first we weren’t scared. But on the operation table, my doctor himself vanished. Since I couldn’t give away for my mom n hubby, I stayed strong till delivery. I saw my princess and my tears gave away. The doctor and nursing staff were amazing. I was taken care of by nurses as their own daughter. My pain was forgotten because of my princess touch. Thank you to all present with me, those who prayed for me and God for giving me Yahvi. – Siddhi Shelar-Wadambe

I have gone through this amazing experience of C-section twice, and happy that I delivered my babies this way.

The first time, my whole pregnancy was normal and my doctor had full confidence that I will have normal delivery. At the end of my ninth month, one day I had spotting. So I rushed to the doctor, she told me to get admitted. Later, they started with further procedure to get pains. That day passed away, but there was no further progress. Next day eve, I was badly in labour pains and was about to have our surprise movement. Later, it got complicated, as the uterus mouth didn’t open up as it is required and my baby had also changed its head position through which normal delivery was a risk. It ended up with C-section and had our little princess in 15 minutes within the surgery was started.

Second time it was a planned C-section. People say that c-section leaves you with scars for the entire lifetime. I feel proud to show this scars as it requires a lot of courage to go through such a major surgery with your eyes wide open. Blessed with a daughter and son – Shaivi and Aaryav. – Asawari Gole

I was damn worried about normal delivery but since my baby was in a breach position from the beginning of my 9 month, doctor had already had indicated a C-section delivery. Even though I was mentally prepared for it, I somehow did not want the delivery to happen in emergency. So every time I had a check up, I would try to relax beforehand to avoid a high BP, it helped and I never felt delivery pain. As a result, the doctor said – till 40th week we can extend the C-section but by 37th week, my doctor finally asked for a C-section delivery.

I got admitted a night before and I was shaved and disinfected around belly by early morning. Then I was given enema and by 11.00 am I was taken in the OT. I was damn scared while the aaya walked me to OT. I was made to lie on the bench, urine catheter was placed on me, then came in the anaesthetist. He asked me to bend down and administered an injection right in my spine and in 5 minutes I was numb down. I kept my eyes closed and opened only to see my son downside up. After that, I slept for the whole day only to gain consciousness by evening. I could not move for the next 2 days and was on glucose alone. By the third day, I was made to get up and walk a bit and feed my lo, By 5th day, I got discharged. But I was weak for about a week after that. When I walked out on 12th day I felt dizzy. By the 8th day my stapled stitches were removed… I believe it takes a month to fully recover from C section related health issues. – Unnati Bhavekar

This was my first pregnancy. Initially, everything went on smooth. But then I went through the worst emotional breakdown. I lost my mom. I was in my 6th month. For a time, I did not want to give birth to my baby. I felt he’s not a part of me. Then, through family support, I could recover from this pain. My EDD was 11 August. C-section was not planned in my case. My husband asked me to wait till EDD.

I felt lots of uneasiness and foetal movements a day before delivery. Doctor ensured me that the cord was not entangled around the baby’s neck. But it was. I was admitted to hospital in the morning and medications for inducing pains were given. But there was no pain. Then the foetal echo was done in which my baby showed very fewer movements. This was again worrying. At 4 in the evening my doctor asked me about who was accompanying me.

She showed me that my baby ‘s heart was beating faster – 180 beats/minute. For a second I felt the earth slipped off my feet.

I was taken to OT. By 4:15 pm, I was conscious. Then started sedating. Doctor was speaking to me. I suddenly heard a sound “Push” I opened my eye. Could see my baby’s back. Yes, my baby has hair on his head and some on back too. And he’s too fair. Just could not see if it was a boy or a girl. Nurse just wiped him and put oil in his hair and gave it to my dad who was standing outside. He was soo delighted. First happiness after my mom departed. I was shifted to my room at 5:45 pm. Before that I was congratulated by my doctor, I was so damn eager to see my baby… To hold him. Just love the first glimpse of him. He was looking at me too. Luv u baby, Luv u mom. Its ur blessing. – Ashima Singh

My friends recommended me to go for C-section, but I wanted normal delivery. My baby had a cord around the neck, at the starting of 9th month. A day before my C-section was planned, I got my ultrasound done and there was no cord, so my doc agreed for normal delivery and I was supposed to get admitted next morning for pains to be induced.
But, next morning, my doctor called up at 6 am and told me we will go for C sec as my LFT was not fine. I had no choice but to agree. I was admitted at 10 in morning – there was no fear only excitement to meet love of my life. And after waiting for 4 hours, he was in front of my eyes. Today when I look back, I still feel normal delivery would have been better, but all said and done, when I see my little champ in my arms – C-section or normal delivery – doesn’t really make a difference.. take life as it comes. – Priyanka Dhand

The New Moms Club is home to thousands of moms. Click here to join the club.
Share your story with us! 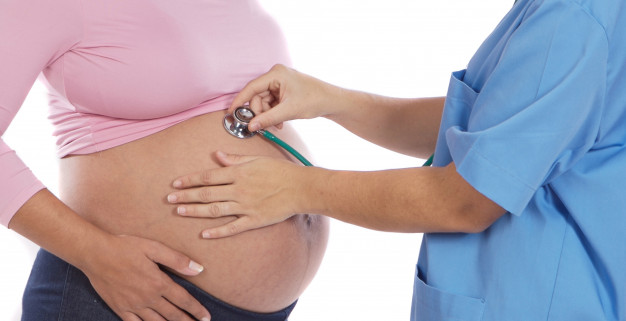 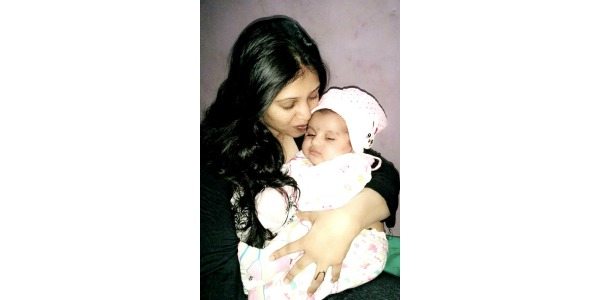 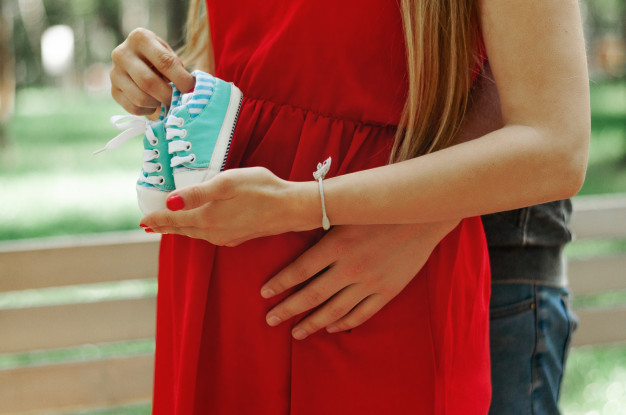 Read More
Table of Contents What is the First Trimester of Pregnancy?What Changes Does the Mother Go Through?What Happens to…