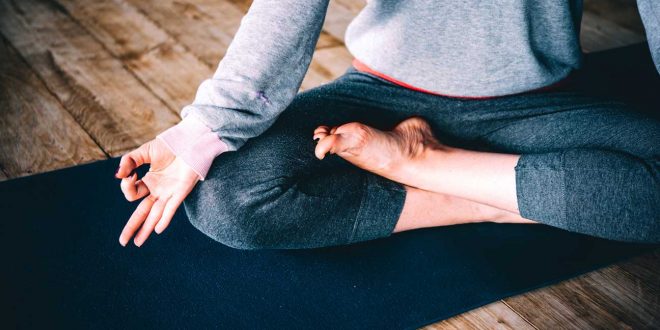 what is hot yoga poses

What Is Hot Yoga? Learn The Different Hot Yoga Poses

Sweating, detoxification, mind and body relaxation, do these words excite you? Well then, we are going to tell you about a yoga style which makes you do all those things and then more. The yoga we are talking about is known as Hot Yoga. So, let’s not wait and dive right into what is hot yoga and how can it be done by learning the numerous hot yoga poses below.

What Is Hot Yoga?

Hot yoga is believed to be a trend started by Bikram Choudhury who is known for Bikram yoga started in the early 1970s.

Now, that we have discussed in brief as to ” What is Hot Yoga “, we will now dive into the hot yoga poses along with its drawbacks.

How Does Hot Yoga Work?

Here’s how it works:

So far we have only talked about one form of hot yoga known as Bikram yoga, but since the time hot yoga was introduced, it has evolved to take many other forms. Let’s discuss a few.

Bikram yoga sessions are held in special studios where the climatic conditions are set around 40°C and with 40% humidity. These sessions may last for 90 minutes. During those 90 minutes, students are not allowed to interact with each other in any form. Bikram hot yoga has about 26 fixed hot yoga poses which are repeated in the same sequence in every session.

Founded by Baron Baptiste this form of hot yoga focuses on building the core of the body. Baptiste hot yoga is a blend of few different forms of yoga including Bikram yoga.

Moksha is hot yoga style in which the poses may differ from teacher to teacher. Promoting strength and flexibility this hot yoga is ideal for beginners.

This hot yoga is dynamic in nature, which means, unlike Bikram hot yoga, you’re not stuck with 26 fixed hot yoga poses.

There are at least a ton of different hot yoga poses but to get you started we will list the hot yoga poses you will find in a session of Bikram hot yoga.

Ardha Chandrasana comes from the word Ardha Chandra, which means half moon. This one the hot yoga poses which improve the function of digestive organs along with the abdominal muscles and the spine.

The name of this hot yoga pose in the Bikram yoga list of hot yoga poses is stated as the “Awkward Pose”. The pose turns you into a chair, well, not literally, but you have to pose like one.

Garudasana, also known as the Eagle Pose is considered as one the toughest hot yoga poses. With that said, it is also like a compound weightlifting exercise in which you are working most of your joints, ultimately improving your mobility.

Also, read about: Benefits Of Squats For Men & Women.

Similar to the Garudasana, Dandayamana-Janushirasana is also among the complex hot yoga poses. Strengthening the quadriceps, calves, and your core, it is a good addition to the list of hot yoga poses.

Yes, these hot yoga poses with complex names are complex to perform as well. Dandayamana Dhanurasana, also known as Standing Bow Pulling Pose is known for improving the blood while also increasing the body strength and balance.

In similar terms known as Standing Stick Pose, this another of those hot yoga poses which improve balance, core strength and muscle strength.

Let’s just call it Standing Separate Leg Stretching, this hot yoga pose focuses on improving the spine muscles and the sciatic nerves. You can relate this exercise to touching your toes without bending your knees. Only, here you also need to touch your head.

Known as the Triangle Pose in the list of Bikram hot yoga poses, this is a pose which is believed to not only improve your physical health but mental health as well. It is also considered as a good stretching exercise for those who lift weights.

Also, read about: Acupressure Points For Back Pain.

Or simply, Standing Separate Leg Head to Knee Pose is a therapeutic exercise for those recovering from shoulder traumas, it helps in stretching the shoulder and opening the joints.

Better known as the Tree Pose is again one of the hot yoga poses which improve the body balance and strengthens the muscles as well joints.

This hot yoga pose is also known as the Toe Stand and is exactly what you understand from its name. It helps to strengthen the joint muscles.

This another of those hot yoga poses which help you with pain in your body, Pavanamuktasana or wind removing pose is helpful for people suffering from back pain.

This English name for this hot yoga pose is Hand Under Foot pose. This pose is not only a good stretching exercise but also helps in building core strength and improve concentration.

This hot yoga pose is also referred to as the Cobra Pose, which is recommended to people suffering sciatic pains and lower back nerve pinch.

This one such hot yoga pose which will help you to strengthen your lower back, especially the buttocks and the hips.

Poorna Salabhasana or Full Locust Pose helps in working the midsection of the body and provide great core strength.

This hot yoga pose also goes by the name of Bow Pose, is a great chest and shoulder working pose which also strengthens the spine.

While we have listed all of the things that hot yoga has to offer, we are yet to mention its drawbacks, and yes it has several of those.

Take Away – What Is Hot Yoga & Hot Yoga Poses

Staying healthy should be among the top most priorities of any human being. Bikram Hot Yoga can be one of those ways but you need to make sure that your body is comfortable doing the exercises. This article comes to a conclusion with the following proverb. “Only in good health can individuals be completely free to pursue their higher purposes for existence”

Previous Having difficulty in sticking out your tongue for a picture? You may have Cancer!
Next Infection With No Cure – All About Nipah Virus Outbreak