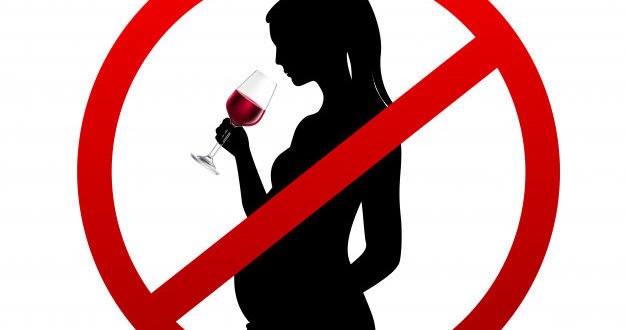 The Ill Effects Of Drinking Alcohol During Pregnancy

If you are pregnant, you will have to think carefully about what you can eat and drink, and what medicines you can take. Drinking alcohol during pregnancy amounts to sharing your drink with your developing baby. The same level of alcohol you ingest is ingested by your baby.

If you are thinking of having alcohol on New Year’s Eve or having a celebration then this article is for you. The highest risk from alcohol to your developing baby is during the earlier stages of pregnancy when the baby’s critical organs are forming and cells are dividing rapidly. The more you drink during pregnancy, the greater is the risk of you and your developing baby.

Alcohol Use in a Pregnant Woman

Researchers have identified that alcohol is a teratogen, as it readily passes from the mother to the child if the mother consumes alcohol during pregnancy. The developing fetus is extremely sensitive to alcoholic exposures can often affect different aspects of development.

How Alcohol Passes to the Baby?

The consumed alcohol passes through the placenta via the umbilical cord. The placenta grows in the uterus and supplies the baby with food and oxygen through the umbilical cord. As the placenta is the only source of nutrition for the unborn child during pregnancy, it is easy for alcohol to reach the baby. The alcohol after entering the baby’s developing body thereby affects the brain, central nervous system (CNS), heart, eyes, ears, legs, arms, teeth, external genitalia, the palate of the fetus, and body system. If the mother continues to drink throughout her pregnancy, this constant exposure to alcohol leads to cumulative effects. As the fetus grows, the alcohol continues exerting its effect by delaying normal growth and positioning the unborn child at the risk of numerous physical, emotional, mental, and intellectual problems.

How does drinking alcohol during pregnancy affect your baby’s health?

What are the dangers of alcohol during pregnancy?

Alcohol consumption during pregnancy is a major health concern. A pregnant woman places her unborn child at the risk of several issues, and also increases the risk of harming her own body. As per the National Institute on Alcohol Abuse and Alcoholism, any amount of drinking is considered at-risk alcohol use during pregnancy. Apart from miscarriage risk, drinking during pregnancy is associated with serious health outcomes for the mother. These include maternal psychosocial risks as well as physical risks of potential harms for the developing fetus. The detrimental effects of alcohol on pregnancy include:

According to clinicians, if you are a heavy drinker before, during, or after pregnancy, you are prone to serious health problems like:

How can you keep your developing baby safe from alcohol during pregnancy?

First of all, if you are pregnant or even thinking about getting pregnant, STOP drinking alcohol. It is reported that some women drink alcohol during pregnancy and have babies who seem healthy, while some consume minute quantity, and have babies with serious health conditions. This is because every pregnancy is different. The best way to keep your baby safe from alcohol during pregnancy is by not drinking alcohol when you’re pregnant.

How can you stop drinking alcohol during pregnancy?

Alcohol is often a part of social activities, like parties or sports events. You may be used to having a glass of wine with dinner or at the end of a busy day. Giving up alcohol during pregnancy may be difficult. So here are some tips to help you stop drinking alcohol:

No amount of alcohol is safe

Most people erroneously believe that it is okay to consume later during pregnancy when the unborn baby is nearly completely formed. But the baby’s brain and other body systems are still too immature to be exposed to alcohol in any amount. As per the CDCs estimation, 0.2-1.5 infants out of every 1,000 live births have fetal alcohol syndrome disorder. Physical examination of children led health experts and researchers to state that 2-5% of children are affected by FASD. Some research findings have demonstrated that low to moderate alcohol consumption during pregnancy may not significantly harm the developing fetus.

What quantity of alcohol should be consumed during pregnancy?

As such, there is no known amount of alcohol that is safe to drink during pregnancy. There is an increasing risk that your baby will have problems if you drink. So, it is better not to consume any alcoholic beverage during pregnancy if at all possible.

Pregnant women and those trying to get pregnant should avoid alcohol completely until after the baby is born. Even drinking a single glass of alcohol can put the unborn fetus at the risk of several developmental, mental, and emotional disorders. If a woman believes she may be pregnant, she should stop drinking altogether and abstain from taking any alcoholic drinks throughout her pregnancy.